Ladies and gentlemen, children of all ages… roll up! Roll up! You’ve officially been granted the hottest ticket to the show. And by show, we mean movies (that’s right, plural!) as our good friends at Disney+ are set to launch a bunch of new films for our streaming pleasure. From family favourites to docos, to tear-jerking Disney originals, there’s something here for everyone (let’s just say Hamilton isn’t the only big name to be recently released on the platform).

You officially have no reason to complain of boredom. Check out these eight movies coming to Disney+ in August.

If you’re in the mood for a tear-jerker, as well as a lesson in the history of a Disney alumni great, then Howard is for you. An original Disney+ documentary, Howard tells the true story of Disney lyricist Howard Ashman who wrote the lyrics for The Little Mermaid (Ashman fought to keep the now-iconic “Part of Your World” in the film), Beauty and the Beast, and part of Aladdin. His life was cut short at just 40 years when he died of complications from AIDS in 1991 — before Beauty and the Beast was even released. The doco gives audiences a greater insight into the horrible disease and the legendary man who helped bring magic to some of your favourite Disney classics. Catch the story of the man who gave Ariel her voice on Disney+ on August 7.

Prince of Persia: The Sands of Time (August 7)

This movie may not be new, but we’ve been having trouble tracking it down to stream — until now. The Prince of Persia: The Sands of Time is an adaption of the popular video game of the same, and stars Jake Gyllenhaal in one of his last ‘non-serious’ roles as Prince Dastan. Gyllenhaal teams up with Princess Tamina (Gemma Arterton) to destroy the plans made by his evil uncle Nizam (Ben Kingsley) who is on a quest to control time across the world. We never said it was a brain teaser, but it packs a bunch with action, theatrics and silliness. Catch Jake fighting and looking sweaty on Disney+ on August 7.

Hugh Jackman seems to be the flavour of the month over at Disney+ and hey, we aren’t complaining. X-Men, which was made over 20 years ago, marks one of the groundbreaking first movies in the ‘superhero’ Marvel comics series that have since gone on to be some of the most successful franchises in cinematic history. X-Men is based on the superhero team of the same name, which includes Jackson as Wolverine, Patrick Stewart as Professor X, Ian McKellen as Magneto, Halle Berry as Storm and more. Catch the team as they strive to bring about the acceptance of mutant-kind on Disney+ on August 7.

While many picture Wolverine when they think of Hugh Jackman, his newest musical The Greatest Showman is slowly but surely catching up as one of his best roles (those pipes of his have a mind of their own!) The Greatest Showman is set in the 1850s and 60s and tells the tale of P.T. Barnum, a poor circus showman who dreams of fame and success but has to gamble his whole life away to achieve it. The musical is packed with celebs, from Zac Efron, to Zendaya. If you are yet to catch the showstopping story of the life of P.T. Barnum and his circus, catch it on Disney+ on August 14.

Disney+ has another original film on the way, and it comes in the form of Bryan Cranston (Breaking Bad) training a giant gorilla named Ivan (voiced by Sam Rockwell). Based on the true story of Ivan the gorilla, which was adapted into the best-selling children’s book of the same name by Katherine Applegate, The One and Only Ivan follows the 400-pound silverback who lives in a small cage in the mall with a multitude of other animals such as the elephant Stella (Angelina Jolie) and stray dog Bob (Danny Devito). The animals have no recollection of how they got to the mall, and are managed by Cranston’s character Mack, who cares deeply for the animals but will not let them back into the wild — but starts to question everything when Ivan begins drawing pictures of his real home. Catch the heart-warming tale on Disney+ on August 14.

Alice Through the Looking Glass (August 21)

The sequel to Tim Burton’s iconic 2010 Alice in Wonderland is finally available for streaming, with Alice Through the Looking Glass taking us back to the crazy world created by Lewis Carroll. All of your favourites return, as Alice (Mia Wasikowska) comes across a magical looking glass that takes her back to Wonderland, and us back to Johnny Depp, aka the Mad Hatter — who is acting madder than ever. The movie is also Alan Rickman’s final film role before his death and is dedicated to him. Go back to Wonderland on Disney+ on August 21.

There’s plenty to be excited about in August, so be sure you’re stocked up on snacks! 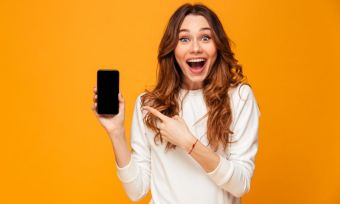 Save $400 on the Samsung Galaxy S21+ from Woolworths Mobile

How to watch Black Widow in Australia