Binge-watch is an official word. The Oxford Dictionary describes it as “To watch multiple episodes of (a television programme) in rapid succession, typically by means of DVDs or digital streaming.” It’s not a new word of course; Neflix, way back in December 2013, found that 61% of 1,500 adult TV streamers (online U.S. adults who stream TV shows at least once a week) were regular binge watchers and 79% said watching several episodes of their favourite shows at once made the shows more enjoyable. 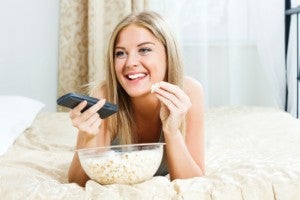 “Our viewing data shows that the majority of streamers would actually prefer to have a whole season of a show available to watch at their own pace,” said Ted Sarandos, Chief Content Officer of Netflix. “Netflix has pioneered audience choice in programming and has helped free consumers from the limitations of linear television. Our own original series are created for multi-episodic viewing, lining up the content with new norms of viewer control for the first time.”

This is the US experience, of course – but with Netflix, Stan and Presto (as well as iView and Foxtel) all available on iPads and Apple TVs across Australia – there seem to be plenty of Aussie binge-watchers as well. Aside from Game of Thrones, a quick poll of the Canstar office found some of the staff favourite binge-watchable shows were as follows:

“House of cards. Netflix is dangerous with that show because they release the whole season at once every year.”

“I binged-watched all three seasons of House of Cards on Netflix in about two weeks, and then watched Breaking Bad from start to finish on Stan in about three weeks. Just after that I watched every single episode of The Thick of It in just a few days. Once you binge watch something and the show comes to an end, you feel like there’s a big TV hole in your life and find yourself desperately scrambling around for another show to fill the void. The arrival of so many online streaming services in the last year means I spend a lot more time indoors! Other binge-watching shows of the past include LOST – because watching it week-by-week would have been too agonising – and Prison Break. I miss LOST, they should make more. I wonder how Hurley is getting on…”

“Glee on DVD gets a fair workout in our house. Thank goodness season 6 this year will be the last.”

“This is going to be left of centre, but a binge TV series for me is Four Corners on the ABC. I’m a huge current affairs watcher, and for me, I love watching Four Corners.  It delves into greater detail the ins and outs of topics that make headline news, and I listen and watch repeat episodes on their website and go over whatever information or perspectives I may have missed when I watched it on the Monday night.  For example, I’ve been watching over and over a recent episode that they did on the plight of Aboriginal people living in remote communities, and the government’s plans to cut funding to these communities.  There is a lot of uncertainty and potential social problems that exists with this situation.

The show keeps me informed and aware of what’s going on around me, and makes me think of ways to help out, or reflect on how I would respond to what the show is bringing out.” 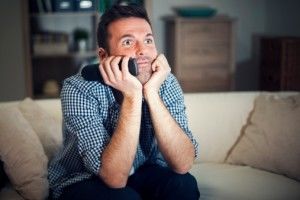 “Breaking Bad is excellent to binge watch. Also Homeland and House of Cards.”

“For me, it would be the British series  “ Yes Minister “,  I have the full series on DVD,  15 hours in all. The other would definitely be “ M.A.S.H.  I have seen it countless times through and never get tired of it.”

“Anything written by Aaron Sorkin.”

“A show that I discovered on Stan, called Lowdown. It was based on a Melbourne Newspaper office and the (self-obsessed) entertainment reporter who was always under pressure to get the next big break. It is an Australian series and was really, really funny. It only ran for two seasons – probably lucky or I’d still be glued to my iPad…”

“The Flash, it’s on Foxtel. It’s a good show, but not good enough to watch it week by week. So it’s perfect for binge watching instead.”

What types of digital user are you?