In the age of streaming, there’s a lot of complications around how to make things work the way you’d like them to – in particular, how you can just enjoy a movie on the couch with the family without going through too much hassle with Netflix, your device, your TV and your remote.

Thankfully Fetch and Telstra TV are here to alleviate your pain, by streamlining some of the issues you might be encountering. These DVD-player-like boxes function as smart TV channel devices that give you the option of pausing, fast-forwarding and rewinding live content, along with connecting your online streaming services. You can pick them up easily on plans offered by several major internet providers.

In this article, we’ll be breaking down which streaming box is the best for you, and which plans you should consider if you’re ready to sign up.

What are Fetch and Telstra TV?

Fetch and Telstra TV are entertainment bundles wrapped in neat little packages no bigger than a small DVD player. They give you the ability to make your living room a lot smarter by funnelling your streaming services and free-to-air TV channels through the box, which can be controlled by a TV remote; you also get the option to pause live TV, rewind and fast-forward, along with record content on the Fetch TV. 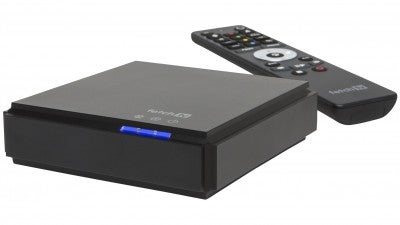 What is Fetch TV?

Fetch TV is an entertainment bundle service, coming wrapped in a small, TV cabinet friendly box with a remote. Fetch comes packed with apps for Netflix, Amazon Prime Video, Stan, Hayu and 10 All Access, along with access to free-to-air TV recording and saving (up to 585 hours).

Fetch also gives you the option of buying the latest TV shows and buying access to channel packages, split up into “Kids”, “Knowledge”, “Vibe” and “Variety”, priced at $6 each or $20 for all four, along with optional international channels. You can buy a Fetch TV box outright from $169.

Fetch is available with these internet providers: 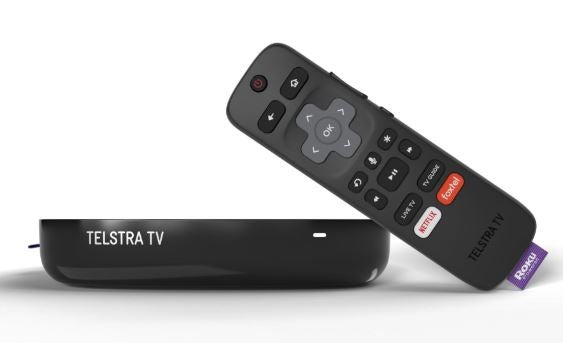 Telstra TV is a streaming device about the size of an Apple TV, including a remote, allowing you to watch streaming service content and live TV. Telstra TV gives you access to pausing and rewinding live TV, and comes packed with access to the Telstra TV Box Office (where you can buy the latest movies), Foxtel Now, Netflix, Stan, Crunchyroll, Kayo and more. The remote can also be controlled with an inbuilt microphone, and you can mirror streaming content onto your phone or other device.

It also comes with an app for your smartphone so you can watch anything connected to the Telstra TV on the go, along with all the highlights from AFL, NRL and netball games.

As you probably expected, Telstra TV is only available through Telstra. You can order Telstra TV with select Telstra plans, or by buying it outright for $216, or $9 monthly for 24 months.

Fetch and Telstra TV do not come with bundled-in subscriptions to services like Netflix, Stan and Amazon Prime Video. You’ll need to pay for these separately.

You can order Fetch through Optus, iiNet, Dodo, Aussie Broadband and iPrimus, and have the device bundled in with your NBN plan. We’ve put together a selection of unlimited data plans from these providers that are available with a bundled-in Fetch TV box below.

The following table shows a selection of published unlimited NBN plans featuring Fetch TV on Canstar Blue’s database, listed in order of standard monthly cost, from the lowest to highest, and then by alphabetical order of provider. Use our comparison tool to see plans from a range of other providers. This is a selection of products with links to a referral partner.

You can order Telstra TV through, you guessed it, Telstra, bundled to NBN plans. We’ve included a selection of Telstra NBN plans below you that feature Telstra TV bundled-in.

The following table shows a selection of published NBN plans featuring Telstra TV on Canstar Blue’s database, listed in order of standard monthly cost, from the lowest to highest, and then by alphabetical order of provider. Use our comparison tool to see plans from a range of other providers. This is a selection of products with links to a referral partner.

Fetch vs Telstra TV: who comes out on top?

With the Fetch TV, you can record two channels at once, while also watching a third channel, whereas the Telstra TV doesn’t have this ability. Recorded content through your Fetch TV can be streamed directly to your phone or other devices.

Price-wise, Telstra TV comes out at $9 per month if you opt to bundle on a 24-month Telstra plan, or $216 outright. Ordering Telstra TV with a Telstra NBN plan will also get you a month of Foxtel Now for free, so you can stream stuff like Game of Thrones, Chernobyl and Watchmen.

In comparison, the ‘Fetch Mini’ can be added to your Optus plan from $5 per month, while the ‘Fetch Mighty’ is included in Optus’ $90 and $120 Entertainer plans. Fetch is also provided bundled with plans from other telcos iiNet, Internode, Dodo, iPrimus and Aussie Broadband, with prices varying between each provider.

With Fetch from Optus, you also get a free upgrade to the 45+ channel ultimate pack included in the first month, along with access to one premium channel pack for Internet Entertainer plans.

Telstra TV vs Fetch: compare at a glance