Ever since news spread that HBO had filed a trademark in Australia for its new streaming platform ‘HBO Max’, it has been a waiting game to find out if the service would be launching in Australia in the not too distant future. Now, we have our answer.

In a not-so surprising move, Foxtel has just dropped the news that they’ve reached a multi-year agreement with Warner Media, the parent company which owns HBO, amongst other assets. Foxtel has been the Aussie exclusive home to HBO content for many years, with hit shows including Game of Thrones, Big Little Lies, The Sopranos and Sex and the City available exclusively through the Aussie pay-TV giant. However, at the moment it is unknown how long this agreement will run for.

Where all of HBO meets your favorite shows, movies, and new Max Originals. Streaming May 27.

This is big news for Foxtel, with more and more Aussies drawn away from the traditional pay-TV model and onto streaming platforms such as Netflix, Stan and Disney+. Foxtel’s own streaming platform, Foxtel Now, has tried to cross that bridge between pay TV and streaming – but the price of a Foxtel Now subscription, compared to other streaming platforms, has been a real sore point for consumers.

With limited content available on the cheapest plan, and that ‘cheap’ plan still being almost double a standard subscription on other streaming platforms, this content deal will no doubt help Foxtel to retain and even gain some viewers. The agreement means that Foxtel will play host to content from some of the world’s most popular shows, not to mention a host of new HBO Max-exclusive content like the highly anticipated Friends reunion, Gossip Girl reboot and Game of Thrones spin-off show.

Will HBO Max be coming to Australia?

The answer is technically yes — however it doesn’t seem likely that HBO’s soon-to-be-launched-in-the-US streaming app will be available in Australia on its own. Currently much of HBO’s content is available on Foxtel channels, on both its live TV and on-demand streaming assets. Whether this will change remains to be seen, but no doubt once these HBO Max exclusive shows start rolling out, there will be more news to come.

Looking for something for the whole family? Disney+ has a great selection of shows and movies including the entire Star Wars movie collection and the Marvel Cinematic Universe. There are two plan options to choose from – a monthly subscription at just $8.99 per month, or prepay for a whole year at $89.99 and save on the monthly cost. Both plans include the same features, with unlimited downloads and the ability to stream on up to four screens at the same time. This table includes links to a referral partner. 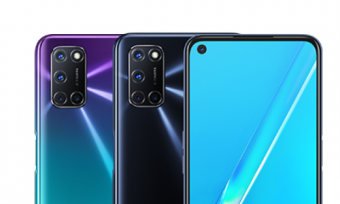 Meet Valorant, the next big game for Fortnite, Overwatch and Call Of Duty fans