Initially announced as a project in the works in 2019, the documentary series The Beatles: Get Back, is set to make its debut on Disney+ in November.

This three-part series, directed by Peter Jackson of Lord of the Rings fame, uses over 60 hours of unseen footage recorded over 21 days (initially directed by Michael Lindsay-Hogg in 1969) along with 150 hours of unheard audio. Jackson has been the only person in 50 years given access to this material, and he has used his modern production techniques to transform this old footage into a documentary series that delves into the recording sessions of the second-last album The Beatles recorded, and their infamous rooftop concert.

How to watch The Beatles: Get Back 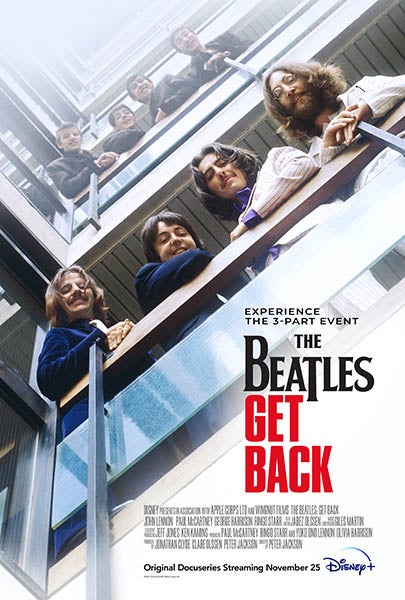 If you’re a huge Beatles fan, or just a music nerd in general, this unique look into the history of one of the biggest musical acts of all time is a must-see. The Beatles: Get Back will be released in three parts, with each episode running for around two hours. The episodes will be released daily across three consecutive days.

Here are the release dates for The Beatles: Get Back:

As this The Beatles: Get Back is an exclusive to Disney+, you’ll need a subscription to the streaming service to watch it.

There are two Disney+ plans to choose from – a monthly subscription at $11.99 per month, or prepay for a whole year at $119.99, which gives you some savings on the monthly plan cost. Both plans include the same features, with unlimited downloads and the ability to stream on up to four screens at the same time. This table includes links to a referral partner.

What can we expect from The Beatles: Get Back documentary?

This documentary series comes from footage filmed during recording sessions, known as the ‘Get Back sessions’ in January 1969, where John, Paul, George and Ringo worked on material that would be used for the last album they released, Let It Be. It captures an important part in musical history where the band worked on new material and planned for their first live concert in over two years. That show would of course be the infamous rooftop concert, of which will be shown for the first time, in its entirety. The series will also include classic compositions featured on the final two Beatles albums, Abbey Road and Let It Be.

Much of this footage was filmed at a time when the band was struggling to come together. Considering that this was their second last album recorded and final album released before the break up, it still showcases the camaraderie and sheer genius of the fab four.

“In many respects, Michael Lindsay-Hogg’s remarkable footage captured multiple storylines. The story of friends and of individuals. It is the story of human frailties and of a divine partnership,” said Peter Jackson.

“It is a detailed account of the creative process, with the crafting of iconic songs under pressure, set amid the social climate of early 1969. But it’s not nostalgia — it’s raw, honest, and human. Over six hours, you’ll get to know The Beatles with an intimacy that you never thought possible.”

While you wait for the release of The Beatles: Get Back, Disney+ has another must-watch show for any Beatles fan. A stunning six-part series, McCartney 3, 2, 1, features a one-on-one interview between Paul McCartney and producer Rick Rubin.

Each episode in this sit-down conversation covers much of McCartney’s life and musical journey along with his influences, his work with The Beatles and Wings, and his solo career. All six episodes of McCartney 3, 2, 1 are available to stream on Disney+, with each episode running for around 30 minutes.