When you have so many shows and movies on your must-watch list, it’s easy to cut one short and move onto the next if it doesn’t totally grip you from the outset. But if you grant one Netflix movie a little extra patience this year, why not make it Extinction.

It’s a slow burner to begin with, but this Sci-Fi drama will eventually leave you wanting more. We say that about a lot of Netflix Originals, don’t we? But this particular flick comes with a pretty epic twist about half-way through, which will leave you wondering who exactly you should be rooting for in this futuristic world-gone-wrong fire-fight.

We’re introduced to our main protagonist Peter (played by Michael Peña) who is suffering some distressing dreams in which he seems to be predicting something of an ‘alien’ invasion – certainly an attack on the earth anyway. His lack of sleep is resulting in a difficult home life with his wife Alice (played by Lizzy Caplan) and their two young children. But even when he has the opportunity to seek professional help, he avoids it and goes on with his troubles. His reason for running out of the psychologist’s waiting room is the first pointer that all is not quite as it seems.

And wouldn’t you know it – his premonitions soon become reality as earth comes under attack from an unknown and unexplained enemy, flying what looks like giant floating jellyfish, while armed footsoldiers roam the streets and buildings shooting anything that moves. This is – as the title of the movie suggests – an extermination attempt. But the visitors may not be what they seem.

The first half of the movie is a cross-between War of the Worlds and Die Hard, as giant alien machines roam the streets firing their guns and obliterating innocent folk, while those inside buildings are hunted down room by room, with our hero seemingly the only man who can stop them.

It sounds good, right? But by this stage of the movie you may be feeling a little underwhelmed, especially given the unexplained motives behind the faceless attackers. But stay with it – things are about to get interesting! And that’s where this review will have to draw to a close!

All that can really be said about the remainder of the movie is it explores some pretty interesting – and topical – social issues, and even the matter of artificial intelligence.

The nature of Netflix means that, if a movie doesn’t draw you in quickly, it’s easy to dump it and look for something else to watch. But be patient with this one – it will eventually earn your attention and like a lot of Netflix movies, will leave you wondering why it didn’t get to the interesting stuff earlier. 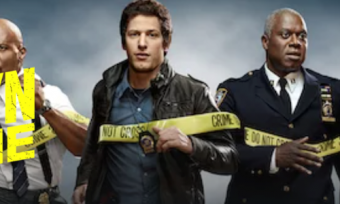