Spooky season is almost upon us, and we know you must be all expecting some top-tier horror. But instead, our dear friends at Netflix have done us a serious solid and are releasing the highly-anticipated fifth season of Peaky Blinders next month. Unlike the grueling 14-month wait we were forced to endure for season four, the next season of the Cillian Murphy-led crime drama will be available for streaming on October 4 – just a few months after its initial release in the UK!

What is Peaky Blinders?

The gangster epic follows the beautifully sad Thomas ‘Tommy’ Shelby (Cillian Murphy himself) and his notorious family crime gang known throughout post-war Birmingham as the ‘Peaky Blinders’. The series was created by Steven Knight and follows the exploits of the Shelby gang, led by Tommy, who will stop at nothing to become successful in a nation rocked by the First World War.

What happened in season four?

We’ll start with a quick refresher – but if you haven’t seen season four yet, consider this your official warning – there are spoilers ahead, so either skim ahead or read at your own risk. Season four opens with Tommy rescuing his family from their prison ordeal, only for the Shelby’s to lose one of their own at the hands of the Italian Mafia. Tommy assembles the gang to deal with the season’s biggest threat – Luca Changretta, the son of Italian mafia don Vicente who was killed by the Shelby’s in season three. He comes to Birmingham with a vendetta against the Shelby clan, and with the help of literally an entire mafia he becomes the main antagonist of the series.

Luca and the Shelby’s engage in a season-long cat-and-mouse chase through the streets of Birmingham, until the epic finale showdown that is – Arthur fakes his death so that Tommy could lure Luca into a trap which ultimately ended in Luca’s death (as well as Alfie’s, as a result of double-crossing Tommy! We’re not happy with this). The season wrapped up with Tommy surprisingly running for Member of Parliament, which he ultimately wins (we should’ve seen this coming – a con in politics? Perfect).

BONUS SCENE. Tensions between Tommy and Polly come to a head in this deleted scene from #PeakyBlinders Series 5.

See more exclusive bonus scenes, along with all episodes from Series 1-5, on @bbciplayer: https://t.co/GBT4N6EhRv pic.twitter.com/zmw8KJftza

What can we expect from season five?

So, season five begins in 1929; three years post-election win, with the Shelby’s on top of their game after infiltrating the political world. The season will see the gang deal with the fall-out of the Wall Street Crash, which will massively impact the family business.

A new antagonist will also enter the show in the name of Oswald Mosley, with Sam Claflin (The Hunger Games) set to star as the real-life Union of Fascists leader. A second antagonist is also threating Tommy – his own mind, which is slowly but surely driving him insane. This season is said to be a battle of both Oswald Mosley and the latter, and we can only guess how it could end. Knowing Peaky Blinders, probably in flames.

Now, by the order of the Peaky Blinders, it’s time to smash a whiskey and the entire fifth season as it drops on Netflix on October 4. 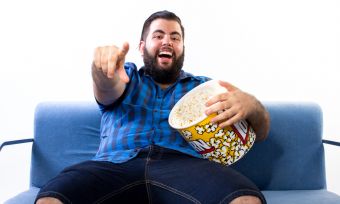 How to watch Mare of Easttown in Australia

How to watch El Camino: A Breaking Bad Movie in Australia