This just in – your favourite boy group have decided to grace us with their presence and make a return to reality television, and in turn, our lives. No, we’re not talking about the Jonas Brothers (although that surprise reunion is already one of the highlights of 2019), we’re talking about the boys of Queer Eye!

That’s right, you can finally let go of that breath you’ve been holding in since the end of season two (you okay?) as Queer Eye season three lands on Netflix Australia on March 15.

Who and what is Queer Eye?

If you haven’t yet been exposed to the wonder that is Queer Eye – let us break it down for you (what have you been doing with your spare time for the last year though?). Queer Eye is a modern reboot of the early 2000’s BravoTV cable series Queer Eye for the Straight Guy. Just like the original, the show features five ‘experts’ who work together to spread their knowledge onto the people who ‘need it most’ – from a clueless straight male to a mother and her gay son, and everyone in between – yes, it’s as great as it sounds.

Dubbed the ‘fab five’, the Queer Eye boys all have a special role within the team. There’s Karamo Brown (culture), Tan France (fashion), Bobby Berk (interior design), Jonathan Van Ness (grooming) and Antoni Porowski (diet and nutrition). To put it simply, the definition of a ‘queer eye’ pretty much sums it up – the instinctive eye that gay men have for cosmopolitan life.

Are you ready to have the Fab 5 invade your home and fix your life? Get your hands on the official Queer Eye book where the Fab 5 gives you an exclusive look into their lives! Pre-order now (link in bio) ✨???

What can we expect in season 3?

The first two seasons saw the fab five conquer Atlanta, Georgia for some major confidence makeovers – and yes, some major tears as a result. We saw the boys help lonely dump truck driver Tom win back his ex-wife, socially awkward pianist Sean charm an audience and a transgender man take control of his life. They even took a special trip to our very own town of Yass in NSW.

It has been revealed that season three will take place in Kansas City, Missouri – the first time a whole series has been filmed anywhere besides Atlanta. In an interview with E News, Antoni Porowski teased on what to expect in the upcoming season.

“I think people are going to see a lot of differences in Kansas City, but they’re going to see maybe more and understand a little more clearly that we are all the same, our struggles are the same,” said Porowski.

“To show up for our families, to be better lovers, friends, parents, children, like these are all human experiences. It doesn’t matter which coast or which country you’re in, it’s all something you can relate to.”

Get in, henny! We’re taking a road trip. ? Are you ready for Season 3? Kansas City, Missouri HERE. WE. COME. ??✨? pic.twitter.com/ZhtbyAMLtE

Who will they be making over?

Move over boys – girls just wanna have fun. While the previous two seasons have seen the fab five work their magic on men, season three looks to expand their makeover targets, with an even number of men and women slated to feature throughout the season.

So, now you know all this valuable information, it’s time to clear your calendar, lock yourself inside with a box of tissues – and welcome the fab five back into your home on March 15. If you can’t wait until then, you can catch the first two seasons on Netflix and check the trailer posted on Netflix’s official YouTube channel here. 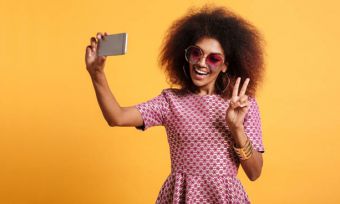 Is the NBN worth the money?