Before she was the Queen of Tejano music – and the most successful female Latin artist of all time – Selena was a regular girl living in Texas with big dreams of ‘making it’. The Mexican-American singer is known for changing and catapulting the ‘Tex-Mex’ music into the mainstream market. Tragically, she is also known for her shock murder just shy of her 24th birthday, which was carried out by her friend, former manager and founder of her fan club. And now, for the first time, the life of Selena will play out on the small screen in a Netflix Original series. The nine-episode drama, appropriately named Selena: The Series, premieres on the streaming platform on December 4.

What is Selena: The Series? 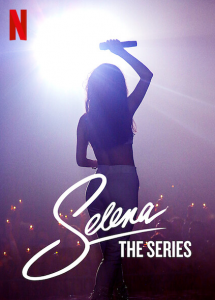 The biographical drama series depicts the life-changing and sacrificial choices Selena Quintanilla and her family made in their pursuit of the singer’s journey to success as a Tejano singer (a music style which blends Mexican, European and American influences). The series follows Selena from her time as lead singer in her family band through to her rise to the top, including her struggle with fame, the problems between her father and her boyfriend, and her eventual tragic death.

According to Netflix: “Selena: The Series explores [Selena’s] journey from singing small gigs to becoming the most successful female Latin artist of all time — and the years of hard work and sacrifice the Quintanilla family navigated together.”

Relive the life of the Queen of Tejano music in Selena: The Series when it drops on Netflix on December 4.