The doco, which follows Mendes over the course of his stardom, provides fans with an exclusive behind-the-scenes look into the life of the superstar; whether it’s touring, his personal life, or his struggle with fame. If you’re a Shawn Mendes fan, prepare yourself, and if you aren’t; you’re about to be. In Wonder hits Netflix on November 23.

What is ‘In Wonder’ about? 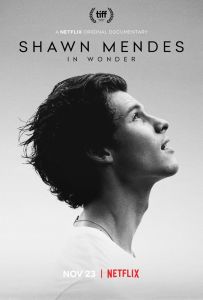 Shawn Mendes needs no introduction. The musician rose to fame after the success of his 2015 album featuring the chart-topping single ‘Stitches’. Since then, Mendes has gone on to become of the most popular solo male artists, gaining fans all across the world.

In his first feature-length Netflix documentary, fans are granted an all-exclusive look into the life of the superstar; from intimate conversations on mental health, his struggle with fame, to behind-the-scenes footage of his worldwide tour and the physical demands that accompany it. The documentary also follows his childhood and his first encounter with fame, as well as never-before footage of his relationship with fellow singer Camilla Cabello — whom, according to Mendes in the trailer, is the muse for “every song I’ve ever wrote”.

According to Netflix, “The documentary is a heartfelt look at a songwriter and performer wrestling with the pressures of stardom and the emotional tolls of coming-of-age while the world watches. Largely framed around his rise and recent tour, the film offers unprecedented access to Mendes’ private life both at home, and while traveling across North and South America, Europe, Asia and Australia, and features years of footage as he rose from precocious troubadour to global superstar.”