Who’d have thought we’d ever see Michael Scott in space? Well, brace yourselves, because it’s happening. Steve Carell may have hung up his boots as leader of the Scranton office, but he’s back leading the United States into outer space. That’s a sentence we bet you never thought you’d read (it is 2020 after all, anything is possible).

From the guys who brought you The Office comes Carell’s second time on television in an office, only this time it’s dealing with more than just paper, with Space Force dropping into orbit and onto Netflix on May 29.

What do we know about Space Force?

Netflix is deeming it a new kind of ‘workplace comedy’, where “the stakes are sky high and the ambitions even higher”. Co-created by Carell and The Office alumni Greg Daniels, Space Force follows four-star general Mark R. Naird (Carell), a pilot who dreams of one day running the Air Force. His dreams are cut short when he’s appointed lead of the newly formed sixth branch of the US Armed Forces: Space Force.

Now suddenly responsible for bringing the branch into existence in a hurry at request of the White House, Mark is forced to uproot his family and moves them all to a remote base in Colorado, despite his scepticism. There, he and a team of scientists and ‘spacemen’ have to work together in a mission that at times seems impossible – “getting American boots on the moon (again) and achieving total space dominance”. Seems way easier than selling paper, if you ask us.

Who else stars in Space Force? 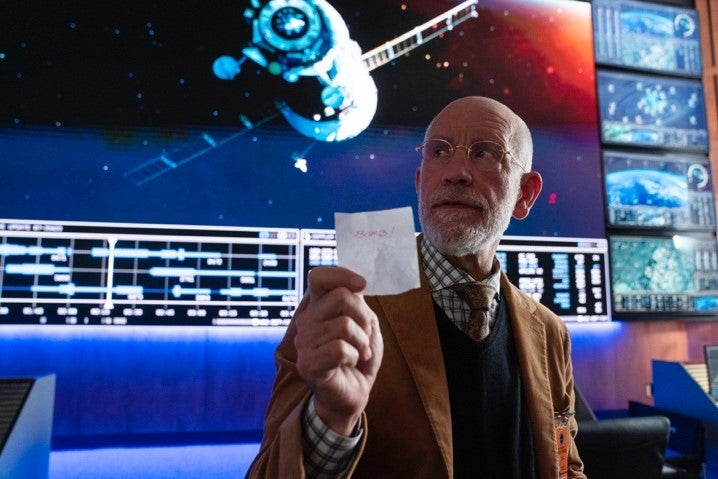 Carell isn’t the only celeb shooting for the moon, with Space Force also starring Lisa Kudrow as Mark’s wife Maggie Naid (the First Lady of Space if you will), with Diana Silvers (Booksmart) playing their troublesome daughter Erin.

Launching on Netflix on May 29, the countdown to Space Force is well and truly on and we can’t wait for lift off.