Icon, queen, superstar. Taylor Swift can do no wrong. And that also applies for the surprise folk album she dropped in the middle of the COVID-19 pandemic, Folklore, shocking fans and the music industry alike. The pop artist known famously for pop took a risk with her mellow, folk-style album, and it paid off — the album went straight to number one on the Billboard charts, where it remained for eight consecutive weeks (the longest streak since Drake in 2016). It was nominated for five Grammys, became the best-selling album of 2020, and she almost broke the internet. And now, with still no signs of concerts in the near future, T-Swift has given her fans exactly what they need — an intimate studio concert film performing all 17 tracks from Folklore. The special, officially titled Folklore: The Long Pond Studio Sessions, premieres exclusively on Disney+ on November 25. If you aren’t a Swiftie, you will be after this.

What can we expect from Folklore: The Long Pond Studio Sessions? 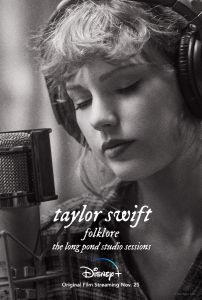 Taylor Swift has recently announced that she will be bringing an intimate studio concert film of her album Folklore to Disney+, where she will perform every track from her critically-acclaimed album, Folklore. During COVID-19 lockdown, Swift and her longtime producer Jack Antonoff (Bleachers), along with Aaron Dessner (The National) and Justin Vernon (Bon Iver) secretly collaborated and created an album that crossed genres. Disney+ called Folkfore “a musical journey that allows us to cry and laugh, and during these trying times, makes us feel like we’re not quite so alone.” The four collaborators recorded the album the 2020 way — via Zoom and the internet, thousands of kilometres away from each other.

To the delight of basically the entire world, T-Swift has announced a studio concert film of the album titled Folklore: The Long Pond Studio Sessions, in lieu of concerts that had to be cancelled this year. The film follows Swift and the rest of the album’s personnel as they gathered in the same room for the first time ever to perform and talk about the album, and reveal the stories and secrets behind each song and their memories associated with creating them from opposite sides of the world.

Directed by Swift herself (seriously, what can’t she do?), Folklore: The Long Pond Studio Sessions is Taylor Swift in concert like you’ve never seen her before. The concert film premieres exclusively on Disney+ on November 25.

Disney+ is the new talk of the streaming world, so how can you get a subscription? There are two plan options to choose from – a monthly subscription at $8.99 per month, or prepay for a year at $89.99 and save on the monthly cost. Both plans include the same features, with unlimited downloads and the ability to stream on up to four screens at the same time. This table includes links to a referral partner. 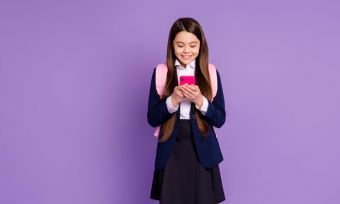 Top 6 best back to school phone plans for kids