Killing Eve was a knockout from the moment it was born, and it still has fans wanting more. It has all the ingredients required to make it work; psychological drama, a pinch of Phoebe Waller-Bridge’s comedy, a weird twist of romance, glamour, murder and two sensational leads. Therefore, it comes as no surprise that the Emmy award winning show has been given the green light for a fourth season. But, thanks to COVID, the release date has been pushed back to 2022, but until then, you can devour the first three seasons – if you can find them. Thankfully, Canstar Blue has you covered. Find out where to watch Killing Eve below.

How to watch Killing Eve 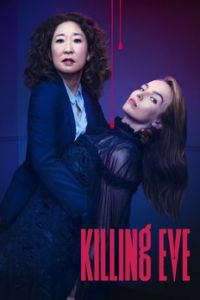 Killing Eve can be streamed via Stan, purchased and downloaded via Google Play or watched for free on ABC iView.

The first two seasons are available to stream on Stan. There isn’t any word on when season three will become available, but with season four set to be released in 2022, fans may not have to wait too long.

All three seasons of Killing Eve are available to buy on Google Play. Each season costs $13.99, or individual episodes can be bought for $1.99 each.

Thanks to the amazing resource that is ABC iView, you can watch every episode of Killing Eve for free on ABC iView. Episodes of season four will kick off with a double episode on Sunday, February 27, 2022 at 8:30pm.

What is Killing Eve about?

Eve Polastri (Sandra Oh) is an MI5 spy, who is growing increasingly bored of her tedious job. Villanelle (Jodie Comer) is a glamorous Russian assassin who adores her occupation, living large and killing often. When Eve is given the responsibility to hunt down Villanelle and bring her to justice, Villanelle responds by meeting her head on. What follows is a twisted, hilarious and very dangerous game of love, murder and obsession.