The world’s favourite mullet is back and ready for more, albeit from behind bars. The return of Tiger King brings with it an entirely new can of worms – including new evidence regarding Carol’s ex-husbands disappearance, the fortunes of anti-hero Jeff Lowe, in-prison interviews with Joe Exotic himself and the astonishing suggestion that the park is still running! Obviously, any Tiger King follow-up has huge paws to fill, but if the trailer is any indication of what’s coming, it seems we can all rest easy and thank the stars for a second chapter of this wild story. Find out how to catch every episode of Tiger King 2 with Canstar Blue.

How to watch Tiger King 2

You can watch every episode of the first and second season of Tiger King on streaming giant Netflix, with the second season available from November 17, 2021.

As a Netflix original, Tiger King 2 will be streaming exclusively from November 17, 2021.

What is Tiger King 2 about?

Tiger King 2 brings all the crew back to the centre stage. We have Joe Exotic tucked firmly behind bars but vocal as ever; Jeff Lowe and Co. apparently profiting madly off their ownership of the tiger park; Carole and Howard Baskin still determined to take it off their hands and the littering of animal fans, self-professed gurus and groupies still hanging around the edges. However, not only is the new series sitting on some highly explosive evidence regarding Baskin’s late husband (powerful enough to blow the tiger food theory right out of the water), but Baskin herself has sued Netflix in light of the first documentary, claiming she was misrepresented entirely. Her case argues that no footage of her or her tiger park can be used outside of the original Tiger King, which means that once again, we are possibly left in the dark. Only time will tell.

Looking for more shows about animals? Check out what’s on BINGE! Prices start at $10 per month for a basic package and go up to $18 per month. Check out the plan inclusions in the below table. This table includes links to a referral partner. 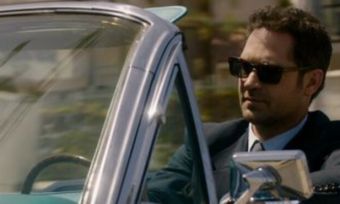