Mark Wahlberg has filled about every shoe there is – funky rapper, underwear model, fitness guru, movie star and restaurant owner – so his latest venture comes as no surprise. Wahl Street, produced by Wahlberg himself and his company Unrealistic Ideas, is a six-part series which follows Wahlberg as he struggles to overcome the challenges of balancing business, family, ambition, and shaky investors. If you also want to do business like the guru, check out where to catch Wahl Street in this Canstar Blue article.

How to watch Wahl Street 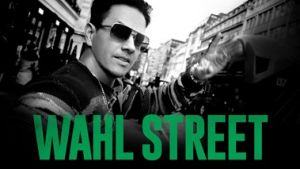 Wahl Street will be available to stream on Foxtel through its association to HBO. The episodes will drop on April 15, 2021 in America, with an Australian release expected to come soon after.

All six episodes of Wahl Street will make their way to Foxtel, with one episode to be released weekly from April 15, 2021, onwards.

There’s currently no word as to whether Wahl Street will be available on BINGE, but given the association between BINGE and Foxtel, there’s a likely chance it’ll eventually make an appearance on BINGE.

What is Wahl Street about?

Wahl Street is a six-part docuseries following Mark Wahlberg about town as he attempts to expand his already staggering business portfolio. In the hunt for fresh ideas, Wahlberg hears ideas and pitches from young entrepreneurs and inventors, along with exploring various aspects of the entertainment-tycoon’s life. The trailer doesn’t give too much away, but it does promise to give viewers an intimate glimpse into a typical Wahlberg day so they can see what it takes to build a business empire.

If six episodes of Wahlberg energy aren’t enough for you, you’re in luck! Entourage, the series loosely based on Wahlberg’s early life in Hollywood is also available on BINGE.