It’s all very overwhelming when you go to pick a brand new television, because the big question always looms: LCD or plasma? Don’t panic though – there is a perfect television for you and your needs. It all depends on what you’re going to use it for.

Is bigger better? Basically, the bigger the device, the more expensive they get, and quality usually improves proportionately. Therefore, both LCD and plasma are about even in this category.

If you plan on watching your television in low light conditions, say in a darkened room or at night, a plasma TV system is going to offer an experience closer to what you would get in a movie theatre.

This experience is achieved by a plasma television’s capacity to better display shades of black; compared to the LCD and their tendency to pixelate or show a greyer colour when darker images appear on screen. It won’t be an issue all the time, but when you decide to watch a movie set in the dark like Pitch Black or Batman, it could affect your viewing. That said, there are now LED backlit LCD TVs that produce a brighter display with less energy consumption. For daylight viewing, LCD displays are better due to a brighter picture, but again this will vary from device to device.

Standard LCD televisions update their image display 50 times per second (or 50 Hz), and there are new models that go up to 100Hz or even 200Hz. Televisions handle motion on screen better if their image is updating at a faster rate. However, plasmas still handle motion a little bit better than LCD displays.

Don’t be confused into thinking an LED TV is different to an LCD or Plasma TV. An LED system is an LCD TV with a different method of backlighting, and is a superior type of LCD system due to less power consumption and superior contrast. Unfortunately, they’re more expensive than the standard LCD systems.

For many years, movies and television have all been confined to two dimensions, and recently movie and television studios begin to make an effort to introduce 3D programming to the masses at home. There is still not a great abundance of 3D content out there, so when buying a television, buy it for your 2D programming above all else.  If you do decide to go down the this path though, 3D images look a little bit better on plasmas and don’t have problems like ghosting or image tearing.

When it comes to games, LCDs are the clear winner. Video games often have a ‘heads up display’ to allow the gamer to monitor their in-game status.  The problem is that this heads up display is usually a stagnant image, and it will burn into the screen on plasma devices. Plasma TVs are being developed with limited screen burn, but gamers should stick with LCD screens for now.

If you decide to buy a Plasma, take care to ensure your device:

If you end up buying an LCD model, ensure:

Which TV type do you think is superior?

Find out which TV brand has the most satisfied customers… 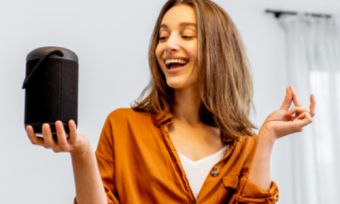