Tablets have come a long way since their early generations of drained batteries and gimmicky touchscreens that were more form than function. Skip forward a decade and they are now rivalling their laptop and desktop computer counterparts in terms of everyday use and performance.

No longer a tech-gadget or plaything for those who could afford it, touchscreen tablets are now as commonplace and versatile as mobile phones, with a bigger screen to boot. The introduction and development of accessories such as keyboards and the stylus, high-performance cameras and an ever-expanding catalogue of applications and software mean that a tablet is just as likely to design award-winning architecture as it is to put the kids to bed with the latest episode of Bluey.

Stalwarts of the tech field and age-old rivals, Apple and Microsoft, are at the forefront of this smooth transition into the age of handheld devices, and have released a number of tablets over the years. Each offer their own contender for a range of markets, including a savvy all-rounder, a smaller basic model for working on the go and a professional that treads closely to laptop territory.

Microsoft Vs. Apple: What’s on offer? 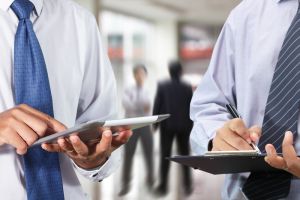 With both brands well-known within the tablet market, what exactly does each have on offer, and which one may be the best fit for your needs? Below are what both brands currently have in their respective line-ups:

The latest range of Apple tablets currently on offer:

The latest range of Microsoft tablets currently on offer:

Keep in mind that depending where you shop or what you’re looking for, earlier models of both Apple and Microsoft tablets may be available to purchase, which may suit those on a budget or not interested in all the bells and whistles of the latest generation.

Navigating the tablet versus laptop market – and the wide range of brands and models available in each – can be tricky, but this is where the All-Rounders step in. Powerful and functional without skipping out on design and visuals, these Apple and Microsoft models aim to provide the best of both worlds.

The iPad Air is chock full of technology, such as the Touch ID built into the lock-button and is powered by their most advanced microchip ever – the A14 Bionic chip. Compatible with the Apple pencil and keyboard to be easily transformed into a laptop or notepad, it also comes in a range of colours for you to choose from. Versatility is a key theme of iPad Air promotions, with Apple claiming it “does more than a computer in simpler, more magical ways.”

If you can’t make up your mind between these models, here is a quick breakdown of the specs of each model: 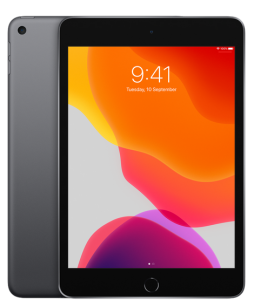 While the Apple iPad is the brand’s flagship tablet, the Surface Go is a relatively new addition to Microsoft’s team. Both are promoted for their lightweight design and basic features that still pack a punch, with a relatively affordable price tag to match.

The eighth generation of the Apple iPad combines the classic Apple tablet design and interface with the company’s latest iOS software and A12 processor. Other features include a high-quality front and rear camera, and compatibility with popular portable gaming controllers so that you can play on the go. It’s also the cheapest option from both Apple and Microsoft, making it suitable for those looking for something more affordable.

The Microsoft Surface Go and the latest Surface Go 2 are slightly more expensive than the iPad, but make up for it with its features. The Surface Go 2 is the cheaper of the two, its sleek design and improved speed are ideal for everyday tasks at home or at school, while the original Surface Go is advertised as Microsoft’s smallest and lightest tablet yet, and is designed to be ultra-portable and versatile. The classic Microsoft tablet kickstand feature is incorporated into both models, giving you plenty of options to get your work done.

Another contender in this market is the iPad Mini, an Apple model which Microsoft does not appear to have a direct equivalent for. This may be because Microsoft does position itself more in the league of laptop, with the inclusion of a keyboard in all models, while Apple is firmly in the tablet camp, with the iPad Mini more targeted to compete with the likes of the Kindle or Kobo e-reader. Nonetheless, beyond the 7.9inch screen, the iPad mini boasts an A12 Bionic Chip, the same as the standard iPad, and has compatibility with both Bluetooth keyboards and the Apple pencil for full tablet functionality.

Here is a breakdown of the major specs of each model: 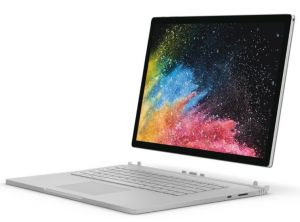 If you’re looking for serious performance combined with peak portability, look no further than the Pros. The Apple iPad Pro and a Microsoft Surface Pro series are both bursting with features, without compromising on the convenience of a tablet.

As the most powerful of the Microsoft Surface range, the Pro X is advertised as a two-in-one laptop, featuring the kickstand design so you can really have it all. The Surface Pro X uses Windows 10 and is compatible with Microsoft 365 and OneDrive so that you can easily transfer your work between other Microsoft devices. It also comes with two USB ports, something which the Apple models don’t include, and can be purchased in a range of colours.

The Apple iPad Pro also positions itself as the next generation of laptop computer, thanks to a new keyboard accessory which combines a stand, trackpad and protective case all rolled into one. It also has the edge over its Microsoft counterparts in the camera department, making it ideal for virtual meetings and conference calls, or simply catching up with family and friends.

The Microsoft Surface Book is worth a mention here also, as it is essentially a touchscreen with a detachable base that functions as a keyboard, additional storage and extra battery life. The Microsoft Surface Book 2 sets the benchmark, but the Surface Book 3 looks to “combine speed, graphics and immersive gaming with the versatility of a laptop, tablet and portable studio,” according to Microsoft. While the price point, size, design and tech capabilities are pushing it into laptop territory, it can still be used as a touch screen tablet – consider it a tablet in laptop clothing.

Here is a breakdown of the major specs of each model:

Overall, Microsoft’s additions to the tablet market are designed to be used as laptops, whereas Apple’s focus appears to be on optimising the function of a handheld device. Depending on your needs, interests and budget, both companies have something to offer that is functional and a whole lot of fun for when you’re both on and off the clock. But considering that each comes with a hefty price tag, doing your research can help you find something that fits the bill perfectly.

Looking for a reliable on-the-go internet connection for your iPad or tablet? Compare SIM-only data and mobile broadband plans below. 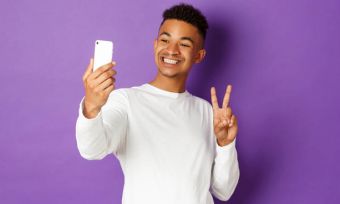