Never before have you received so much technology for your money. Big, high-tech TVs are all the rage these days, but the terminology around them can be confusing, from Smart TVs, to 4K TVs and SUHD to name just a few buzz phrases. However, arguably the most interesting of the latest TV tech innovations is OLED, which is changing the way Aussies look at TVs – quite literally. So what is OLED, and is it worth its salt? Find out what OLED is, and what TVs have OLED technology, with this Canstar Blue review.

What is an OLED TV?

OLED stands for ‘Organic Light-Emitting Diode’, and is a relatively new type of television display – similar to LCD or plasma – and it can allow for even thinner TV sets. It’s the latest in the line of measures used to make TV sets more environmentally friendly. OLED TVs work by generating electricity through certain materials, and these materials then ‘glow’ particular colours.

The end results of an OLED TV are blacker blacks, a deeper contrast in colours, plus a thinner TV set and increased energy efficiency. So how does an OLED TV achieve all of this? Dave Warner of the Australian Cricket Team beautifully articulates this:

Many a TV is judged on its ability to produce true-to-life, vivid images. Historically where plasmas and LCD TVs have struggled is their recreations of black. As LCD TVs rely on a backlight, the potential for ‘true black’ is rather slim. Although this has improved markedly over the last couple of years, LCD TVs are still backlit and that is their fatal downfall. OLED TVs, on the other hand, don’t suffer from the same fate. If the ‘organic’ pixel isn’t receiving light, it’s black – totally black. So, think of the blacks you see on OLED TVs to be an absence of colour, rather than a recreation of it. 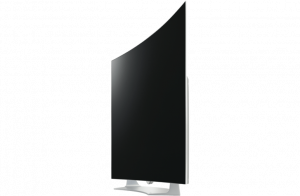 OLED panels require no backlight, and this can result in a thinner overall package. Thinner also usually means lighter. Take for example:

So, with this example in mind, you could shed kilos off your TV set by opting for an OLED. It’s like the weightloss shake for TV. It might not seem like a big deal, but having the same screen size in a smaller overall package is impressive. Hence, this allows for easier moving and storing.

Again, it’s evident that having no backlight really eliminates a lot of the downfalls that LCD TVs have historically had. As OLED TVs are not backlit, black on-screen signifies the absence of light. The absence of light subsequently means less electricity is used to power your TV. While OLED power use remains much of a mystery until more models come out, the SA Government has outlined energy consumption differences between LED and LCD screens between 43 and 59” in size:

Although these are just approximations, it’s evident that good old LCD screens have the propensity to draw a lot more power and have a higher consumption ceiling than LED TV models. Although not likely referencing OLED in the LED umbrella, it can be assumed that OLED TVs can compare to or improve on these figures. Again, this is due to their organic light-emitting diodes which can completely turn off to black, as opposed to electrically-charged ones. These figures are also a significant improvement over plasma screens, which are no longer being produced by the major television manufacturers. So if you have an old plasma TV still in heavy use, you might want to consider its power consumption!

Before rushing out to buy the latest and greatest OLED TV, it pays to consider some of the drawbacks of OLED and to see if it’s worth the upgrade over your standard LCD TV.

Even after being out on the mass market for a few years, OLED TVs are often still significantly dearer than their regular LCD/LED cousins. Just like with any new ground-breaking technology, expect to pay more in the wake of its release and then as they become mainstream, expect prices to come down. Take for example comparable 55” LG TVs:

While these are extreme examples, it is evident that the price discrepancy between the two TV screen types can be significant – in this case, over double the price! However, to look on the bright side, expect prices to fall further in the coming years as OLED becomes the status quo.

In the case of OLED TVs, this is directly related to energy consumption as more light equals more energy use.

So while you get blacker blacks, your bright shows and movies may in fact use more energy as the diodes are always operating! If you’re a Batman fan, you may be able to boast to your hockey-loving neighbour Jim who has the same OLED TV as you. It shouldn’t be cause for concern though as the power savings are likely minimal, and LCD screens are in the end always backlit, which increases the likelihood of excess power consumption. 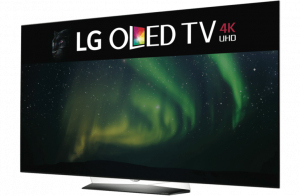 If you’re buying an OLED TV for all-round better picture quality, then you might be heading down the wrong path. The truth is, while OLED may improve contrast of the picture, it doesn’t actually increase quality, or resolution like 4K TV does. Frankly, comparing OLED to 4K is like apples and oranges.

4K TV is also a lot more common than OLED TV, so if it’s picture quality you want then it could be more economical to buy a 4K TV over an OLED TV. Keep in mind that you’ll have to buy compatible peripheral devices like 4K Blu-Ray players and watch shows with 4K compatibility to get the most out of it. While it remains to be seen what can be achieved with 4K plus OLED on board, the end product will probably be incredibly expensive.

So just to recap on the pros and cons of OLED TVs:

Should I buy an OLED TV?

There are many merits to buying an OLED TV, but also many drawbacks – the most significant is price.

Another thing to consider is that if you’re buying for an increase in quality, then your pennies are likely better directed at purchasing a 4K TV instead. Additionally, if you are buying for power consumption reasons, the cost savings are likely negligible and the fact is that power saving is heavily dependent on what you’re watching. While OLED TV is great for dark colours and blacks, lighter colours and bright lights may in fact nullify any savings.

OLED is probably the biggest evolution to happen to TVs in the last decade, but that doesn’t necessarily warrant a frenzied rush to upgrade your old TV. We suspect that if you’re satisfied with your current TV then it’s best to stick with it until prices of OLED TVs come down.

The cost of leaving appliances on standby