Samsung’s G9 Odyssey has been hotly anticipated by gamers ever since it was first announced all the way back in January at the annual Consumer Electronics Show and for good reason. Boasting a curved 49-inch ultrawide (32:9) aspect ratio with a 5K resolution (5,120 x 1,440 pixels) at a refresh rate of up to 240Hz and HDR performance rated at an eye searing 1000nits, as well as support for both Nvidia G-SYNC and AMD FreeSync, the G9 is destined to make your gaming rig shine.

However, after testing out a review unit for the past week or so, I walked away disappointed, writes Krishan Sharma.

Let’s start with the obvious – the G9 is wide and I mean really wide. Measuring in at 1.15 metres  from edge to edge, it is about the same width as my desk and dwarfs my current LG 35-inch ultrawide.

The generous 1000R curve ratio means the G9 is also deeper than your typical curved monitor and, when combined with a very wide stand included in the box, it takes up more space on your desk than you would expect. The G9 tips the scales at 14.6kg and that’s without the stand so make sure you have a monitor arm that is rated to hold at least 15kg (most top out at 10kg) if you plan on mounting it using the included VESA adaptor.

The cable management system is cleverly contained within the monitor’s stand and there’s even a little headphone stand to help keep things organised.

That said, I would strongly recommend mounting the monitor to either a wall or monitor arm if you can as the included stand isn’t particularly stable, causing the display to wobble.

There’s the obligatory RGB lighting on the back, but it isn’t as aggressive as some other gaming monitors I’ve reviewed so that’s a plus in my book.

The G9 is a little lacking in the port department with just two DisplayPort 1.4,  a single HDMI 2.0 port and USB 3.0 hub with one upstream USB-B and two downstream USB-A ports.  There’s also a 3.5mm headphone output and you’re going to need it as the G9 has no integrated speakers.

At this price point, I would’ve expected to see a HDMI 2.1 and a USB-C port with power delivery so you could run new gaming consoles such as the Xbox Series X at high refresh rates with the former and a laptop using a single cable with the latter. 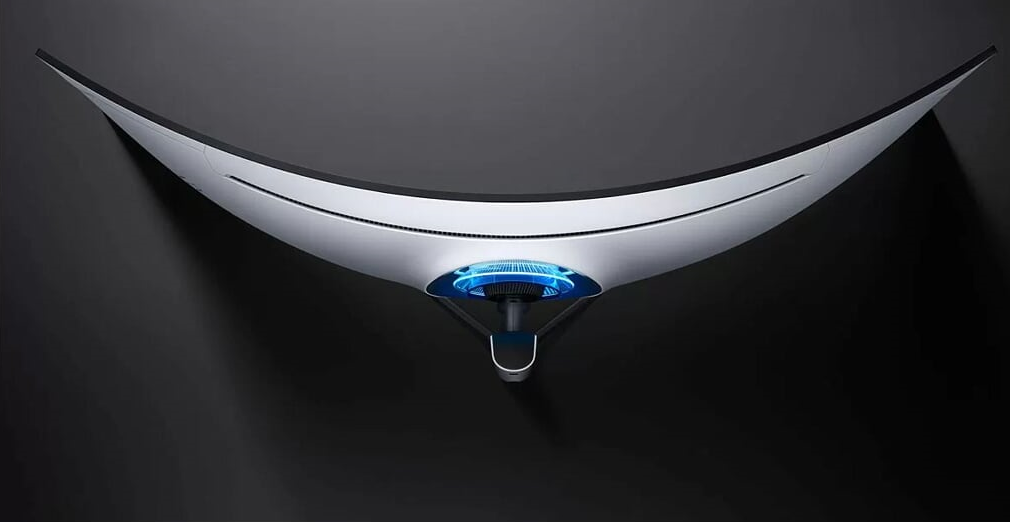 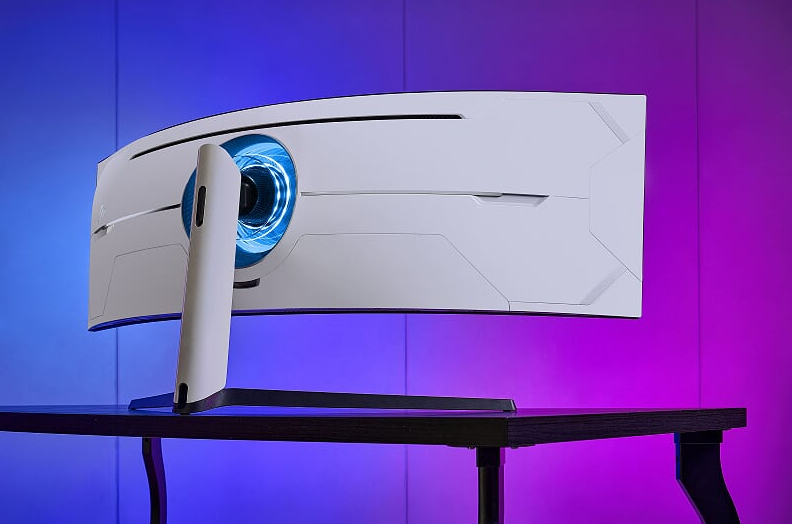 Picture quality not up to the mark

The picture quality on the G9 Odyssey is a story of two halves. When you have a bright and colourful game such as Far Cry: New Dawn, the G9 shines with eye popping specular highlights and deliciously vibrant colours. The problem is that the deficiencies in the panel immediately show up with any scenes that have shadows or dark areas with blacks looking grey. Worse still, the G9 is equipped with a bizarrely limited number of local dimming zones (I counted ten) which means you get a distracting backlight glow in dark scenes.

Switching to a non-HDR game, the panel switches to an edge-lit system resulting in backlight glow along the edges of the screen and worse looking black levels.

It’s a shame that Samsung didn’t equip the G9 with a proper local dimming backlight system to improve the contrast levels as it really holds the panel back in the picture quality department.

The 240Hz refresh rate worked as advertised on my gaming PC but the catch is that you will need to be using a recent graphics card that supports Display Stream Compression (DSC) such as Nvidia’s RTX 20 or 30-series cards and AMD 5300 or newer. I was initially getting some screen flickering on my RTX 3080 but this resolved itself after a recent driver update from Nvidia.

If your GPU doesn’t support DSC, then you will be capped at 144Hz. HDMI ports are limited to 60Hz and also lack support for variable refresh rate (VRR).

Just keep in mind that you will need a graphics card powerful enough to drive games at 240Hz at the monitor’s native resolution. Even my mighty RTX 3080 couldn’t hit more than 120fps (frames per second) with fairly recent titles such as Doom Eternal and the PC port of Horizon Zero Dawn. You will either need to turn off certain graphics features and pair back the rendering resolution or play older releases if you want to get anywhere close to 240Hz.

The good news is that the support for ultrawide aspect ratio in games is more widespread than it was a few years ago and, if a title doesn’t officially support it, chances are there’s a community mod available online that will enable it for your favourite titles. I’ve long argued that gaming on an ultrawide monitor is the PC’s biggest trump card over game consoles but experiencing it on a curved 49-inch display feels otherworldly.

In terms of colour, the G9 was well calibrated out of the box for games and movies and the display uses a matte finish which did a great job at keeping reflections at bay. The dramatic 1000R curve feels just right on a monitor this wide, as it not only makes for a more immersive experience but improves the viewing angles as well. The curve also perfectly fills your entire field of view which means you won’t have to constantly crane your neck to take in all the pixels. 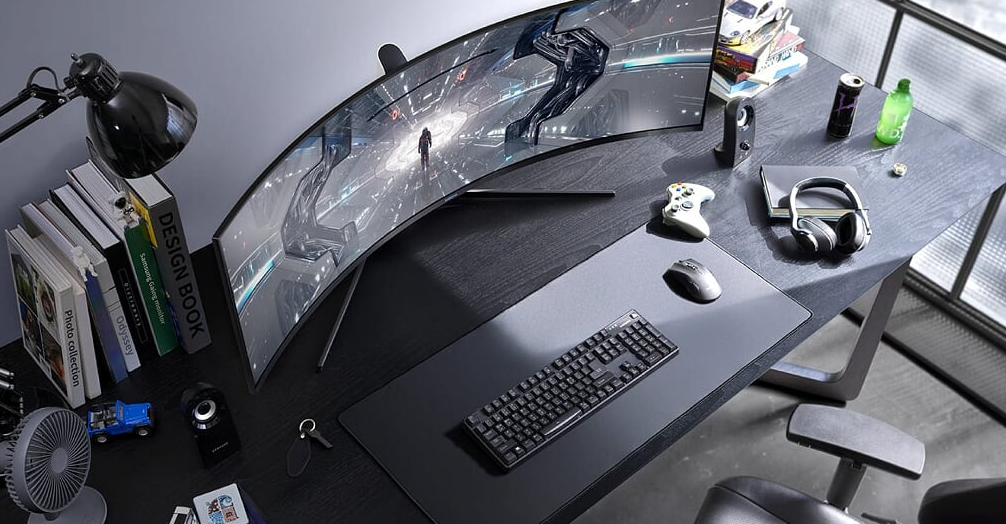 The G9 Odyssey promised a lot on paper but in actual real world use, it is undone by an inadequate backlit system, making it difficult to recommend. I also question the practicality of a 240Hz refresh rate on a 5K resolution monitor since there’s no GPU currently on the market that can drive recent titles at those specifications. Most PC gamers would be better off saving some cash and going with a 144Hz ultrawide gaming monitor instead.

Or if you’re willing to forego the ultrawide aspect ratio, consider LG’s 48-inch CX OLED TV which outclasses every other PC gaming monitor in terms of picture quality while also offering HDMI 2.1 and 120Hz refresh rate as well as support for both G-SYNC and FreeSync for the same $2,799 asking price as the G9 Odyssey.