Just when you thought they couldn’t get any more outrageous, Samsung has unveiled a new TV that can double as a picture frame – and is never turned off. Yes, you read that correctly.

Called ‘The Frame’, the super thin TV is encased in a wooden frame, and can be switched to ‘Art Mode’ instead of being turned off, meaning it can display images and looks just like any other picture hanging on your wall.

Users can choose from 100 different art pieces to display on the TV, which is also fitted with ‘Invisible Connection’ and a ‘No Gap’ wall mount, meaning your TV blends in and looks no more out of place than family photos would.

So rather than just have an ugly black void for a TV screen when it’s turned off, you could theoretically ‘decorate’ your wall with this TV and other picture frames, and make it a nice centrepiece for your living space.

Then at the drop of a hat – or the flick of a remote – you’ll turn that wall into an entertainment hub. You could also potentially scare your mother in-law who is looking at the wall of pictures by turning on a loud Nicholas Cage movie right in front of her face.

It may be a bit of a gimmick, but ‘The Frame’ will be available to buy some time in 2017. With different screen sizes available, there are no confirmed prices for Australia as yet.

It’s been a good start to 2017 for Samsung, as far as TV tech is concerned. The South Korean consumer electronics giant has also revealed its latest TV innovation in the form of its QLED technology (not to be confused with OLED from LG) and has also topped Canstar Blue’s latest customer satisfaction ratings.

But as you might expect, if you want quality, you will need to pay for it. TVs in the new QLED range can cost as much as $40,000! 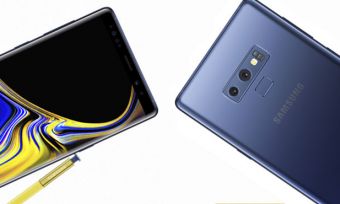