Solar power is the most invested and prevalent alternative energy source in Australia. A growing number of homes and businesses are turning to solar in an effort to reduce electricity costs and their impact on the environment, but do you understand the basics of solar energy technology? How does it actually work?

How do solar panels work?

Solar power works by utilising a chemistry phenomenon known as the photovoltaic effect. Essentially the photovoltaic effect describes a reaction where certain materials generate an electrical current when exposed to sunlight. Silicon is well known for these properties and that’s why it’s used in nearly all solar panels.

In contrast, traditional power generation systems rely on an energy source to spin a turbine, in turn charging a generator that creates an electrical current – prime examples are coal power plants, wind turbines and hydroelectricity plants.

Do we still have you on board? This video may help…

The science behind it

Without going too deep in to the science behind the voltaic effect, essentially what happens is that when photons of light hit the n-type layer of silicon on top, it gives energy to an atom’s outermost electrons, allowing electrons to break away from their atomic orbits. The flow of these free electrons form a DC electric current. This DC current is then transformed by an inverter in to useable AC electricity. The loose electrons will eventually flow to the p-type silicon, while any excess electric current which your household does not use is fed back to the grid. 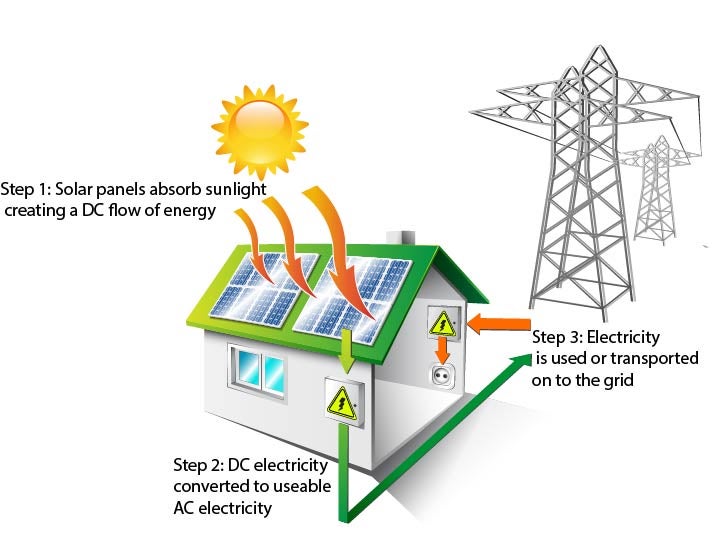 Are there any disadvantages of solar?

The sun provides what is essentially a limitless source of green energy, yet solar power is not without its drawbacks.

Solar panels are much less efficient than traditional power sources. To illustrate, a coal power plant can convert around 70 per cent of the energy contained in coal into useable energy. By contrast, the world record for solar cell efficiency is 46 per cent, with real-world efficiency usually being a lot less (around 10 to 25 per cent) due to cheaper construction of commercial panels. This low efficiency means we have to use a lot more solar panels to produce enough electricity, holding solar power back from its full potential as an alternative energy.

Solar panels unfortunately remain quite expensive, costing around 1,200 per kW. To put that into perspective, a relatively standard 4kW solar system will cost you around $5,000, excluding installation costs. The silver lining is that the price of solar has come done considerably in recent years, and is expected to continue to fall in coming years.

While solar technology definitely has a long way to go, it is a fantastic alternative source of energy with limitless potential. We hope this article has given you a better understanding of the workings and practical benefits and challenges of solar energy. 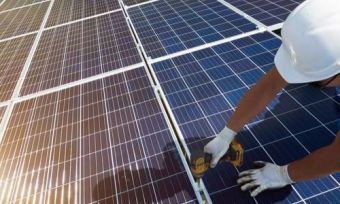