Australians love their cars, but many of us don’t understand them. For example, I know that my car usually gets about 600km out of a 70 litre tank, but – for the life of me – I cannot explain how there are weeks where it gets much less, and certain road trips where it gets much more.

…Okay well I do, but only because I just asked my mate, who’s a mechanic by trade. Point of fact, I’ve decided to look at some rather prevalent car myths, and I discovered some really interesting things. Let’s debunk some myths! 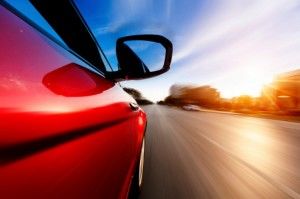 Red cars obviously do not go faster than white cars, or blue cars, or any other coloured car unless they’re manufactured or tuned to do so. However, is the psychological makeup of someone who drives a red car different to those who drive cars of another colour?

Tier10Lab states that performance vehicles are usually purchased by drivers who prefer bright, vibrant colours. It stands to reason that a red performance car is going to go much faster than a bog-standard white Toyota Prius, but this still doesn’t explain whether or not someone in a typical red car drives faster.

A reporter in the 1990s conducted a small study to disprove (or prove) the theory that motorists operating red cars drive faster, and thus accrue more speeding tickets. The writer recorded the colour of the vehicles making their way through four different intersections, and then compared them to the speeding tickets issued for that day.

“Red cars accounted for 14 percent of the local vehicle population and about 16 percent of the citations for speeding, which is not a significant difference.”

Finally, we found in an article from the Daily Mail in the UK that red cars are statistically more likely to be hit by bird droppings.

…Okay, this isn’t relevant to the argument at hand, but it may be a good enough reason to stick with a different shade for your next new car.

Myth Debunked? We couldn’t find enough evidence to suggest that red cars either go faster or are ‘ticket-magnets’. Logic would dictate that neither statement is true.

According to Wired.com, Sweden made the switch from driving on the left hand side of the road to the right, so that they would have a similar system in place as their neighbouring countries: Norway and Finland. Once the change was carefully implemented, road fatalities went down…for a while – apparently attributed to everyone driving carefully due to the change. By 1969, it was business as usual, and the road fatality rate was the same as before.

So, can we really say one is better than the other? In the 1960s, John Leeming did some studies (with admittedly low samples) to determine which was safer: driving on the left, or the right. According to The Alliance of British Drivers, Lemming determined that ‘the average death rate where the left-hand rule of the road prevails worked out at around two-thirds of the rate for right-hand rule countries’, although he admitted it wasn’t an exhaustive study, more an indicator that further research was needed.

For a more modern standpoint, we looked at a list of nearly all the countries that drive on the left, against those who drive on the right, and then sought out the average number of road fatalities per 100,000 inhabitants per year per country, based on findings in the last 5 years. This is what we found:

Myth Debunked? The above means very little when you consider how different each country’s roads are. Because of this, we cannot provide a definitive answer to this myth.

E10 petrol is bad for my engine. 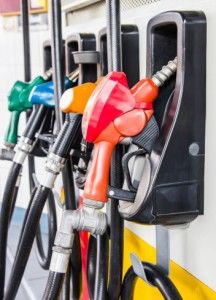 E10 is not good for the engines of cars designed for premium petrol only (think performance cars…think Ferraris). It also has a reportedly negative effect on cars manufactured more than ten years ago ‘or so’.

“Older cars should not use E10, as it can have a devastating effect on gaskets, seals, hoses and other rubber components in the fuel system.”

Is it bad for your brand new Golf GTI, or Holden Cruze? No, it should be fine. You’ll get reasonably good mileage and it’s slightly cheaper. I always fill up with premium octane (a purely subjective opinion) because my mechanic tells me it’s less likely to clog up the fuel injectors for my particular car.

Myth Debunked? Debunked – not true! Although it depends on what car you drive. Check with your vehicle’s manufacturer before fuelling up.