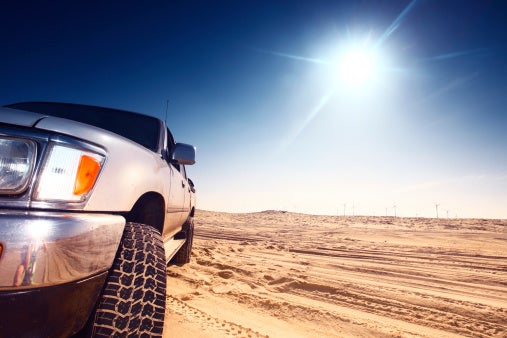 Thinking of buying a used or second-hand 4WD? Here’s what you need to know, and our top 7 tips. Australians surveyed by Canstar Blue in 2014 gave the award for the most satisfied customers to Subaru 4WDs. You can read the survey results here.

What 4WD you buy depends on what you need it to do. Will you be going exclusively off-road in a 4WD or AWD, or doing some city driving as well in an AWD Crossover, or sticking to city driving in a “Soft Roader”? Then you have even more choices to make:

Research how much models of the type you’re looking at cost for new and second-hand. Take a look at used car sites like carsales.com to see how the price changes with the number of kilometres on the odometer. Read a bunch of reviews of the models you’re considering to find out if it has common problems that 4×4 drivers have experienced. When you’re going off-road, transmission and steering are common things to go, so you really need a model that’s strong in those areas.

Look at the car in broad daylight, not in the evening, so you can see any signs of damage. Look for frame buckling from an accident. The saddle of the car should be bolted, not welded. Check the bumper for cracks. Minor scratches in paint work aren’t a problem but you should use that evidence of hard work to lower the price on the beast.

If the seller is telling you his bush-basher has only ever been driven on city roads, check underneath for signs of scratching. Also, check the exhaust carefully for any leaks from cracks, scratches, or driving the truck through water. You want something that really has been taken care of, not something that’s already taken a beating from the elements.

A truck with lots of mods (modifications) usually has those mods because the owner needed them for some serious off-road driving. Ask for warranties and installation receipts for all mods and avoid trucks that show lots of DIY work.

Check under the bonnet for signs that the truck is already wearing out from a hard life:

Test driving a 4WD both on- and off-road it is the best way to get a feel for anything not quite right with the vehicle. Do this first thing in the morning, before the engine’s had time to “warm up” and “work out” its kinks. Look and listen out for:

It might sound obvious, but a safety inspection will pick up far more than you can in a few minutes of kicking tyres and staring under the bonnet.