Airfare prices can vary drastically from day to day, however when they’re on sale you can score some amazing bargains. That is, of course, if you manage to catch the sale. It seems anytime you’re ready to book your flights they’re too expensive, so travellers are always trying to find new ways to save money on flights. One of the latest ways is actually breaking the law and could result in 12 months imprisonment.

The terrorist attacks of September 11 2001 not only changed the New York skyline forever, they also changed the world. In the years since those events, airport security has intensified and society in general has become more concerned with the issues of security and identity. As a result, there have been many new rules introduced, particularly in the airline industry. One of these rules relates to identity and the importance of airlines knowing exactly who is on their plane. This is not only for the benefit of the traveller, but for the benefit of other passengers as well.

As a traveller, the name that appears on your airline ticket is confirmed and there are a number of restrictions to the changes that are allowed. Although the rules depend on the airline and fare type purchased, all airlines are consistent with one all-encompassing rule – that tickets are not transferable. Although the airlines may refer to ‘name changes’, this simply refers to correcting errors to the existing name on the ticket, not changing the name on the ticket to another passenger.

The terms of service for each airline clearly state that tickets are not transferable and that you must not sell or transfer them to anyone else. The airlines are very clear that they will not honour a ticket that has been transferred or sold, or a ticket which is used by a person other than the person to whom the ticket was issued.

Can you use second hand tickets?

Despite the laws, an alarming trend has recently emerged, with people attempting to sell airline tickets through e-commerce sites like eBay and Gumtree. The buyer may think they are getting a better deal on these ‘second hand’ airline tickets and expect to be able to travel under the seller’s name, however not only is this against the airline terms of service, it’s actually against the law.

According to section 376.4(2) of the Federal Criminal Code Act 1995, it is a criminal offence to take a flight using an air passenger ticket under false identification information and travelling under a false identity will attract a penalty of 12 months imprisonment. Basically that means, if you are caught flying under a name that is not your own you could go to jail for 12 months. You may think the chances of being caught are slim, however between 2013 and 2016, 60 people were charged with flying under a false name.

Can you travel under another name?

With the rise of online check-in and automated check-in kiosks at the airport, travellers may attempt to travel under another person’s name and simply hope they won’t get caught. However, the airline reserves the right to request an identity check at any time. It’s not just the airlines who are cracking down either, the Australian Federal Police (AFP) are taking a stand against this kind of risky behaviour. In a submission to Federal Parliament last year, the AFP called for “identification to be produced with a boarding pass, prior to any person boarding a flight” with a particular focus on domestic travel.

Security measures are only getting tighter, so it’s not a risk worth taking.

How to get a cheap ticket without breaking the law

Finding cheap airfares can be a challenge, and travellers are constantly looking for ways to save. However, you don’t need to go to extreme or illegal measures to score a good deal, according to Travel Online. Here are some tips: 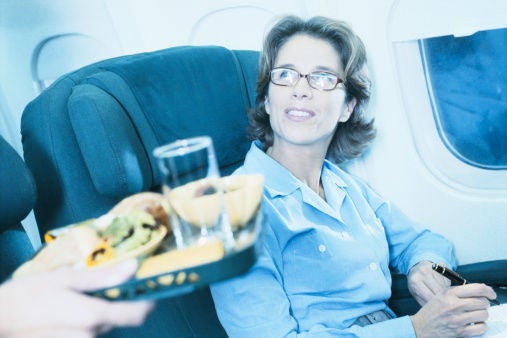 A snapshot of Australian airline food

Is your cheap airline ticket illegal?

5 road trips to take in summer