Breeding is often the stimulus to upgrade your car – but maybe you should resist the compulsion to purchase an SUV, writes John Cadogan from AutoExpert.

I get a lot of e-mails from people, and the logical train of thought in the ‘new family car buyer’ category often goes like this:

There’s no argument that transport logistics are more complex with a baby on board. Heavy lifting – literally – is the lot of a new parent. Perversely, the amount of gear you need to carry seems to swell in inverse proportion with the size of the child. However…

In my view, the universal equation: ‘baby = SUV’ is fundamentally flawed. For starters, a good compact SUV is going to cost you $5,000-$10,000 more than an equivalent car. And it’s not as if there generally aren’t competing budgetary priorities at this time of life. 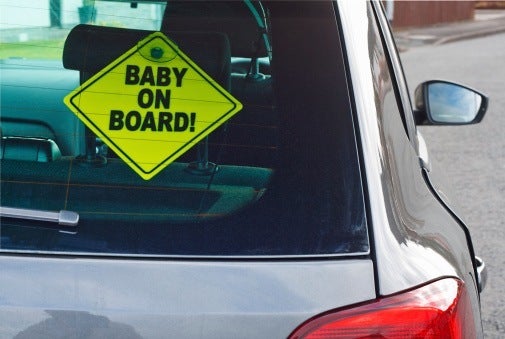 Without doing rigorous analysis, people will justify purchasing the SUV on the basis of its purportedly larger size (because ‘we’re having a baby’). But how much bigger is the SUV, really?

Time for a reality check: The CX-5 is actually 40mm shorter than the Mazda3. The CX-5 is 45mm wider, and it’s definitely a lot taller: by 255mm. The width is immaterial, but the extra height (which gives the SUV its additional visual presence) is virtually useless for practical storage and transport simply because if you were to stack gear up to the ceiling it’s in danger of raining down onto your new baby in a crash, unless you fit a cargo barrier. (Also, around 100mm of that additional height is consumed by ground clearance – airspace under the floor – so it’s not translated into cargo capacity.) But the extra length offered by the car might be useful, depending on the dimensions of the bigger equipment items like prams and cots.

Adding insult to injury here, the Mazda3 (car) features the same engine and transmission as the CX-5 (SUV), but it is 260kg (or 16 per cent) lighter. That means it goes better, and delivers almost 20 per cent less fuel consumption.

The car industry has an archaic naming convention for the segments in which it pigeonholes vehicles. Notionally, the Mazda3 and similar cars like the Toyota Corolla and Hyundai i30 reside in the so-called ‘small car’ segment.

The problem, of course, is that these cars aren’t small. The reason small cars are big is simple. It’s like inflation, or bracket creep. The very first Toyota Corolla was produced almost 50 years ago, in 1966. There has been almost half a century of new models released every few years. And every time a car company releases a new model, there is one thing they must do above all else: offer you more – more space, more performance and more features.

Half a century of incremental increases really adds up. For example, Today’s new Corolla is almost 12 per cent longer, almost 19 per cent wider, and almost seven per cent higher than the 1966 model that started the small car craze. It’s also 82 per cent heavier. Small cars grew up, and got middle-aged … but they didn’t change their name.

The term ‘small car’ even frames the debate for many couples about what car to buy for a fledgling family: After all, the default proposition is: You’re not going to want to jam your new baby in a small car, are you? But the reality is very different: a car measuring 4.5-odd metres long (as these cars are) is not small by any rational definition. Young families fit in them just fine. And those who do the analysis, rather than relying on gut feel tend to save $5000-$10,000 – a handy sum, with a hungry new baby on board.

John Cadogan is an Australian automotive journalist employed as editor in chief by Carloans.com.au. He frequently presents news for some of Australia’s top companies such as Channel 7’s Today Tonight and 2UE radio. John can be contacted via twitter or via the contact page here.