It’s a dilemma we’ve all faced when booking a trip. You find a great hotel, in the perfect location, at a reasonable price, only to discover some negative reviews of the place. Do you a) ignore them and book your room anyway, or b) move on and find somewhere else?

To find out what Australians think about online accommodation reviews, we asked just over 3,000 adults about their own experiences and opinions. Are you the type of person to take a punt on the hotel with a bad write-up in the hope it was just one grumpy guest with an axe to grind? Or are you put off by even the faintest suggestion that the five-star hotel of your dreams might in fact only be worthy of four stars?

The survey found some interesting differences in opinion between young and old, but also between the sexes. It found women tend to err on the side of caution a lot more than men do, while younger people are generally more trusting of the online accommodation reviews they read – even if many live to regret it.

To trust or not to trust?

Different websites have varying means of garnering reviews. Some allow anyone to share their thoughts without any tangible evidence that they’ve actually visited the accommodation or resort in question, while others prompt comments from customers who they know have made a booking and stayed there. To get a general overview, we posed the following statement for our 3,000 survey respondents to either agree or disagree with: “I trust accommodation reviews on websites such as TripAdvisor.”

Overall, about two-thirds (67%) of people indicated that they do generally trust the online accommodation reviews they read. Those aged 18-29 (80%) were the most likely to agree, while those in their 60s (56%) were least likely. It’s perhaps not a great surprise to find that younger people tend to be the most trusting of the information they read online, but it was interesting to find that women (72%) are more likely to trust online reviews than men (62%).

For women, that trust turns into caution, with 63% admitting they have been put off booking accommodation because of a negative review. Just 52% of men said the same and generally the younger people are, the more likely they are to be scared off by a bad write-up.

TJ Ryan from Brisbane thought her stay at a hostel in Sydney couldn’t get any worse after being given two dirty blankets to share between eight people. However, she was left furious when the hostel’s management invited a drunken male guest to sleep on the floor of their girls only room.

“There had been a mix of good and bad reviews about this hostel, but the good ones were so positive that we assumed the negative comments must have been made by people who are just always unhappy wherever they go,” said TJ. “The place was about $25 per night so we knew it would be basic facilities. But we thought, how bad could it be? We regretted that assumption.”

So should you take negative accommodation reviews seriously and glowing praise with a pinch of salt? Have the owners of a hotel got all their friends and family to post positive comments, or similarly decided to try and ruin the reputation of a rival? Well, just like exploring the backstreets of certain holiday destinations at night, there tends to be safety in numbers.

Try not to let the reviews of just one or two people make your mind up for you – search for as many views as you can find so you can make the most informed decision possible. It seems reasonable that even the best hotels will receive the occasional bad review. It’s all about reading a wide range of opinions and then forming your own based on the information available. There will always be an element of uncertainty and risk when you book any accommodation – but rather than rolling the dice, give yourself the best chance of striking it lucky.

To write or not to write?

That result was fairly consistent across all age groups, but interestingly women (73%) were found to be more likely than men (66%) to write a positive review, whereas they are equally as likely to write a negative comment.

We also asked respondents to admit if they have previously exaggerated or lied about their experiences in an online accommodation review. Overall, just 6% of adults said they have done this – but that number jumped to 10% of those aged 18-29 and 11% of people in their 30s. And men (7%) were more likely than women (5%).

So what have we learnt? Well, there’s no doubt that online accommodation reviews are helpful in the decision-making process, but unless a hotel has received a disproportionate number of positive or negative comments, it’s probably best to let other factors like price and location ultimately determine which you choose. 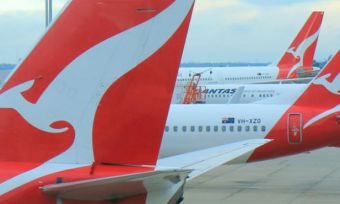