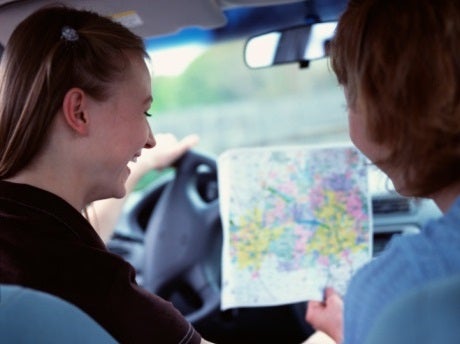 If you’re going overseas for a holiday and you want to take in some seriously spectacular scenery, there are few better ways to do it than going for a drive. Hiring out a car and taking a trip along some of the world’s most iconic roads is a truly unique experience –and your only cost is the rental fee for the car of your choice. In celebration of the freedom that rental cars offer, we’ve compiled five of the best driving trips from around the world.

Located in the far north of Italy in the middle of Alps, the Stelvio Pass is unique – a road consisting 48 hairpin turns that provides passage between the mountains to the Swiss border. The road is the second-highest in the Alps and provides spectacular views of the surrounding slopes, as well as providing a challenging and hair-raising drive. If you’re lucky enough to be in Switzerland or Italy, hiring out a car and tackling Stelvio is a seriously special experience.

Right here at home , this is easily Australia’s quintessential road trip; the Great Ocean Road in Victoria is one of the most iconic scenic routes the country has to offer. Voted Australian Traveller’s Best Road Trip of 2014 by a huge majority, the region extends over several hundred kilometres of coastline between Geelong and Warrnambool. The route takes in Victoria’s famous Twelve Apostles as well as plenty of beautiful flora and wildlife, with various towns and hotels along the route offering the products of Victoria’s renowned wine country. The Great Ocean Road is not so much a singular experience as an entire holiday in itself; so hire a car that will eat up the kays in comfort and hit the road!

One of the most scenic drives in America and a rarity due to its lack of development, Big Sur is located between Los Angeles and San Francisco in California’s Monterey County. The area is famous for its scenery, with the Santa Lucia Mountains rising along the coastline and the famous Highway 1 tracing a mazy route along the coast. Strict legislation has prevented any human development within sight of the highway for over fifty years, preserving the region’s diverse flora, fauna and geography. Renting a car and taking a day or two to drive between Cali’s two major cities could well be one of the most amazing drives you ever go on.

Famously featured in an episode of Top Gear, wherein they declared it a serious contender to be the best road in the world, the Transfagarasan highway was completed in 1974 at the behest of dictator Nicolae Ceaușescu, and was intended to provide fast passage through the mountains in the event of invasion by the USSR. Infamous for costing many lives in its construction, the road is nevertheless considered to be a fantastic drive, traversing the scenic Fagaras Mountains and following a winding, entertaining route.  The Transfagarasan is a unique experience; hire out a car and tackle it, and you’ll leave with memories of what isn’t merely a road, but a piece of history.

Just a short hop over the ditch: for sheer spectacle and beauty, there’s little that can match the scenery of New Zealand’s own South Island. They didn’t film Lord of the Rings here for nothing; whether it’s the rolling green hills in summer or snowy mountains in winter, there are amazing drives to be had all over the country. Great examples include the west coast between Karamea and Haast, with the Tasman on one side and mountains on the other, as well as the many beautiful drives around Queenstown and Lake Whakatipu.

Is it cheaper to catch public transport or drive?
Which accommodation website do we prefer?

Travellers paying more to fly because of airport fees