With fuel prices fluctuating wildly, it’s expected that motorists are going to be spending more at the bowser as the years go by, right? Maybe, but the picture isn’t so clear.

Canstar Blue research shows that Australians are spending similar amounts on fuel as they were three years ago. But that doesn’t mean we’re driving the same distances, per se. Australians in general love hitting the road and exploring this big brown land of ours. From short trips down the coast to a quaint little village nestled in among some beaches, to hefty treks across the Nullarbor – Aussies love getting behind the wheel. But recently, fuel prices have become a concern, so how much are we spending on it? 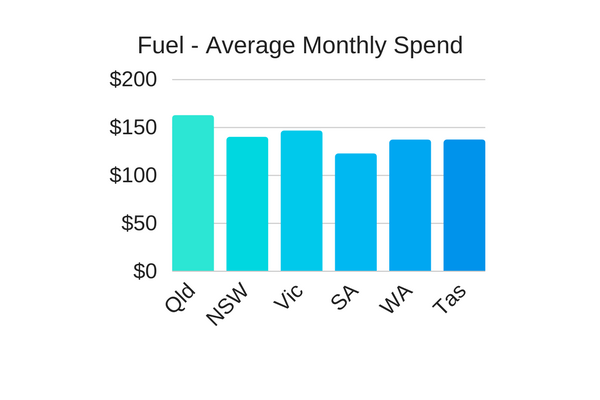 How much are Australians spending on fuel?

In 2017, Canstar Blue surveyed over 2,000 motorists, and found that Aussies spent an average of $143.54 per month on filling up with whatever their poison is – from 98 through to LPG.

Of course, this is not to suggest that petrol prices are most expensive or cheapest in certain states. It is simply reporting how much motorists spend.

In 2014, we surveyed over 2,000 motorists across the states and the average monthly spend on filling up was just under $144 a month. This is not much different to what was found in 2017.

Are we driving more or less?

What’s up in the air is whether motorists are driving more or less than three years ago.

So while we may be spending pretty much the same as three years ago in 2014, we could effectively be driving less or more, indicating a higher or lower fuel price respectively.

The ABS also found that Aussie motorists in the 12 months up to 30 June 2016 travelled an average of 13,716km per vehicle annually. It found that Victorians travelled the most at 14,498km, with those in Queensland in hot pursuit at 14,359km, which is pretty much in-line with our cost findings. So overall, Victorians and Queenslanders seem to spend the most on fuel, but also drive the most.

Who spends the most on fuel?

Canstar Blue found that to save on fuel, you’ll probably need to be an elderly female…

Men were found to spend more than women at $148 as opposed to $139. However, the gender gap is closing… at least for fuel expenditure anyway. In 2014, we found that men spent an average of $152 on fuel, while women spent $136. Again, the question of distance covered remains up in the air.

Australia is the sixth largest country in the world, and has more than 810,000 kilometers of road spread out across the country (according to the Organisation for Economic Co-operation and Development). It’s no wonder many of us are spending nearly $200 a month on fuel.

How are Aussies saving at the pump?

With fuel prices generally well over a dollar a litre these days, and varying wildly state to state, Aussie motorists have taken to using a few tools to help save a few bucks.

Driving further to save money on fuel

Of course, savings can drastically improve the cheaper the fuel is at your goal destination, and the shorter distance you drive, as well as if you have a more economical vehicle.

Motorists are also willing to play the money-saving game a little bit smarter. 17% of respondents to our survey said that they use a smartphone app to track fuel prices in the area, of which 64% of those acted on their findings.

Apps like the 7-Eleven ‘Lock In’ fuel tracker allow you to see what the cheapest fuel price is in your area, and lock it in for seven days. Given the volatile fuel cycle throughout the weak, you could potentially fill up tactically and save a few bucks.

While there is a larger price cycle than a week affecting prices – international markets also affect how much we pay at the pump – using a smartphone app may be a good way to track prices and fill up when the price is at its lowest in the cycle. 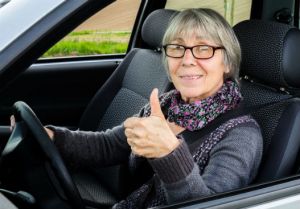 How can I save money on fuel?

Statistically speaking, you would be a female from South Australia, over 70 years of age… But barring some major gender reassignment surgeries, moving interstate and/or defying the laws of time, you could just try driving less! But of course that’s not an option for many people.

A lot of us are tied to our vehicles and at the mercy of oil companies and their petrol prices, but being a little smarter about where you fill up and when could save you some dollars and cents in the long run.