There are some fundamentals to consider when driving your car that will invariably influence your fuel economy. Drive with care and you can save money with every kilometre! Factors that greatly influence fuel economy are:

So is the obvious choice to buy a car with a smaller engine? Not quite.  It is possible that a four cylinder engine driving down the highway could use more petrol than a six or eight cylinder engine. Basically the more powerful engines can operate at higher speeds with less effort, and will therefore cost you less in petrol. By the same token though, a V8 will use more fuel when driven in peak hour traffic or in the suburbs at 40kmph, while a four cylinder vehicle will last much longer. There are exceptions to both cases, but take the above as a basic rule.

Slow is smooth and smooth is fast 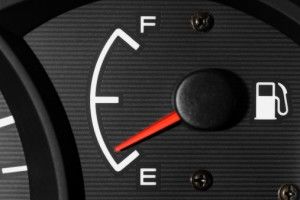 If you accelerate aggressively in an automatic or ride the lower gears in a manual to speed your car up quickly, that’s when you use up the most fuel. The golden rule is to corner and accelerate smoothly – so use all of your gears when accelerating and try and have your car resting on a low RPM (engine rotations per minute). However, a low RPM can cause the engine to labour – which can cause some long term damage, so make sure you’re always in the correct gear for the right situation.

Items like roof racks will impact your fuel economy by creating drag. You can save 5% of your fuel by reducing the load your vehicle carries, though this does not mean you should leave your spare tyre at home. Speaking of tyres, they should be pumped up to the maximum of the manufacturer’s recommended range. This improves fuel economy as well as handling.  Also, Low Rolling Resistance (or LRR) tyres distribute weight more efficiently than a regular tyre. Because of this, they use up to 5% less fuel than normal tyres with no discernable loss of performance.

Stuck in traffic? Turn off, tune in and chill out

Many cars these days have stop-start technology equipped. This technology cuts out the engine when it is idling and a certain amount of brake pressure is applied. The technology is so well-integrated now that you likely won’t feel a difference in city driving, and a simple press of the accelerator will turn the engine back on. This technology can be annoying in anything but heavy city traffic situations so many cars allow you to turn it off.

Air-con, or roll down the windows?

Some people are confused about whether they use more petrol fighting aero-dynamic drag with the windows down, or by using the air conditioning unit. Well, when you’re travelling at speeds in excess of 80 kilometres per hour then yes, air-con is the way to go. However, when driving at speeds less than 80 kilometres per hour your air conditioning unit will add 10% extra fuel consumption to your mileage.

Convert your car to gas 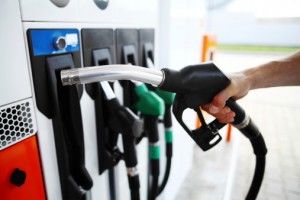 While this is an extreme option, it may be your saving grace if you want a vehicle for a long time and are looking to save. Liquid Petroleum Gas (or LPG) is cheap in comparison to rising fuel costs, is better for your engine and is kinder to the environment. The downside is you’ll burn through it quicker and power output can be affected. It also costs up to $4000 to convert your car…and the tank has to go in the boot.

And the best advice of all…

Drive smarter by driving less, car-pooling, or taking the bus! How do you save money on fuel? Did you switch to a more fuel efficient car? See our Canstar Blue Motoring awards.