If you thought the last time you filled up was too expensive, then you’re probably right.

Average petrol prices rose by seven per cent in the last three months, hitting a four-year high of around 145 cents per litre (cpl), the ACCC reports.

The consumer watchdog also said that gross margins petrol retailers are obtaining are adding to the pricing pressure. In the 2017-18 financial year, average gross indicative retail differences (GIRDs, or basically, the retailer’s margin) was 12.4cpl across the five capital cities.

The ACCC said that this margin was 4.3cpl higher than the average in real terms over the last 16 years.

“Current gross retail margins in the five largest cities are now over 50 per cent above the 16-year average since the ACCC began tracking this data,” Mr Sims said.

The full report can be found via the link below:

What international factors are at play when it comes to petrol prices?

Australia is heavily reliant on foreign countries to supply crude oil and refined petrol. This means we are at the mercy of international suppliers and those in the ‘Organization of Petroleum Exporting Countries’ – or OPEC for short.

The ACCC cited a cut in production as a key driver in increased petrol prices in Australia.

“The OPEC cartel in particular continues to have a damaging effect on Australian petrol prices. In late-2016 OPEC, and some other crude oil producing countries, agreed to cut production. This restricted supply into the market, which has clearly started to bite through steadily increasing petrol prices in the past financial year,” Mr Sims said.

“A weaker Aussie dollar has also increased costs for wholesalers buying petrol for the Australian market, which flows through to consumers who pay for this at the pump.”

As to how motorists can save, the ACCC has advised customers to look at free fuel price apps or websites to find the lowest prices in their area, and to avoid buying in cyclical peaks. 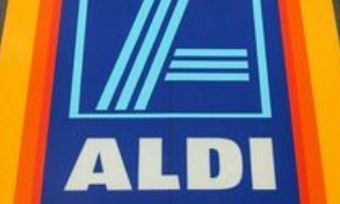