Driving short distances might seem a good way to ensure the longevity of your car – but things are not always as they seem, especially in the automotive domain.

Most of us are driving less, these days. Australians are buying cars at a rapid rate, but we’re driving them less on average. According to Ausstats, back in 2000, Australia’s 9.7 million passenger vehicles travelled an average of 15,100 kilometres. In its latest Survey of Motor Vehicle use, Ausstats reveals the number of passenger vehicles has swelled to 13.4 million, but each one (on average) drives just 13,200 kilometres.

Over the 15 years (inclusive) we are, on average, driving 12.6 per cent less distance – although, obviously there are many car owners driving much less distance than average. If you are one of this substantial group contributing to the decline, there’s something about servicing you really need to consider.

Manufacturers specify maximum time and maximum distance intervals for servicing. Hyundai, for example, specifies 12-month or 15,000 kilometres on most of its vehicles. Subaru requires servicing at six months or 12,500 kilometres.

Let’s say you are a driving just 10,000 kilometres annually in your new Hyundai. It might be convenient to assume you won’t need a service for 18 months… but it would also be a mistake. The time and distance intervals are specified on a ‘whichever occurs first’ basis – so if you get to 12 months before hitting the magic 15,000-kilometre odometer reading, you need to get your vehicle serviced.

If you’re not a car nut, you probably understand that some components in your car – like brakes and tyres, for example – wear out in direct proportion to the amount you drive (subject to all other things being equal). If you drive twice as far, your tyres wear out twice as fast. Simple.

However, not all mechanical wear and tear is that simple. Engines buck this trend. The precise clearances in your engine are designed around the thermal expansion of the parts as the engine warms up – as the metal expands, the clearances become optimal. Unfortunately, it means the majority of mechanical wear takes place in the first few minutes after a cold start. It also means that combustion byproducts blow past the rings and contaminate the engine oil.

In other words, typical short-distance drives are a hell-on-earth experience for engine oil – which has only one function: to protect the engine from wearing out. And this is why there’s a time-based component to vehicle servicing. You might not be able to see or feel this assault on your engine oil – but it is taking place.

Letting servicing slide on the basis of ‘I really don’t drive that much’ is at best a guarantee of early retirement for your engine. At worst, however, it voids your warranty. (The ACCC is abundantly clear that your warranty depends on complying with the manufacturer’s servicing specifications – on time or before the distance: whichever occurs first.)

Realistically, scrimping on servicing really doesn’t save you that much – and the risk is disproportionate. If the oil fails to protect the engine and it spins a big-eng bearing supporting the crankshaft, the repair bill could be a healthy four or even five-figure sum. 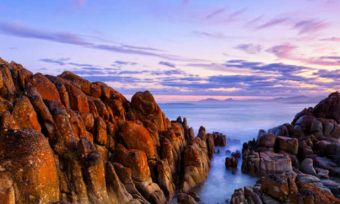 10 things to see between Brisbane and Sydney