Step back in time and discover outback Queensland through an assortment of museums, cultural displays and prehistoric time-capsules dotted across the west. From dinosaurs and preserved fossils to rich indigenous culture and everything in between, outback Queensland is full of old-world wisdom with all the charm and character of a land before time. But don’t let that fool you, the west is also bursting with state-of-the-art facilities and generous outback hospitality along the way, so you’re bound to feel right at home. If you’re planning on making the trip out west, read on to find out about some stops you simply can’t miss.

If you’re visiting the outback, be sure to check out the following sights for the full experience: 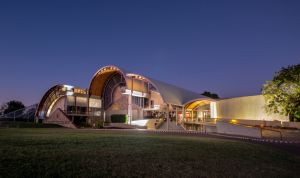 The Australian Stockman’s Hall of Fame and Outback Heritage Centre is a fitting tribute to the outback pioneers of yesteryear, painting a vivid picture of the various characters and colourful stories that define the settlement of Western Queensland. Since being officially opened back in 1988 by Queen Elizabeth II, the Stockman’s Hall of Fame has welcomed over one million people through the doors, providing a detailed history of rural Australia. 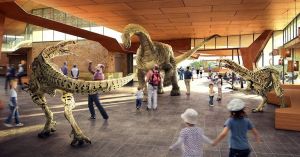 The Australian Age of Dinosaurs in Winton is a display of Australia’s unique evolutionary history, with a particular focus on the discovery and conservation of dinosaurs and other prehistoric fossils in Outback Queensland. Home to the world’s largest collection of Australia’s dinosaur fossils, the museum is constantly making new discoveries, with the Fossil Preparation Laboratory, The Jump-Up and Dinosaur Canyon also available for some family fun.

Continuing on the outback dinosaur theme, the Eromanga Natural History Museum offers tours and experiences which revolve around a fossil preparation and preservation laboratory that is still fully operational today. Some of the tours available include a hands-on fossil preparation program, which teaches you to prep real fossilised megafauna bones, and a variety Dinosaur Digs so you can try your hand at excavating some of the world’s oldest and largest fossils. 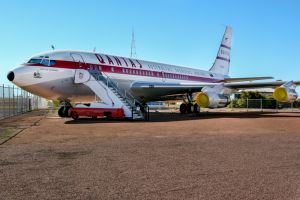 It’s hard to believe that Australia’s largest airline began with humble roots in Western Queensland. The museum, which operates out of the National Heritage-listed Qantas Hangar, features full scale models of the early Qantas fleet, as well as replicas of the world’s most significant aircrafts today. The museum can be experienced through a guided tour or self-guided exploration, with plenty of displays to keep you busy. 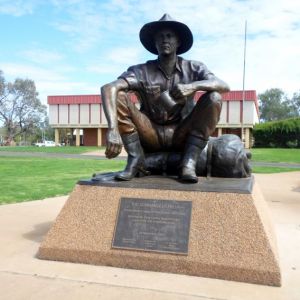 The Cunnamulla Visitor Information Centre is also home to a variety of iconic tourist attractions, dubbed the Cunnamulla Fella Centre. The sites include the Artesian Time Tunnel, an art gallery and museum as well as the cultural theatre. The exhibitions are regularly changed and updated, often displaying works and artifacts from the local region, as well as curated pieces sourced Australia-wide. 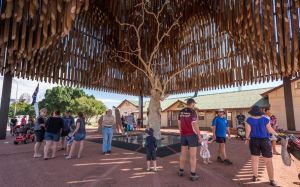 The heritage-listed Tree of Knowledge Memorial in Barcaldine, which was poisoned and killed in 2002, has now been wonderfully restored and preserved with a memorial on the site of the original tree. The Tree of Knowledge was the epicenter of the 1891 Australian Shearers Strike and is considered to be the birthplace of the Australian Labor Party (ALP). 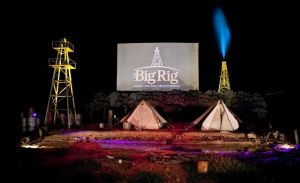 The discovery of natural gas in Roma gave birth to one of Australia’s most profitable industries and biggest global exports. The museum allows you to discover the unique origins of the Australian oil and gas industry, including self-guided tours of the outdoor museum, The Oil Patch, as well as The Big Rig Night Show, a sunset sound and light tour. 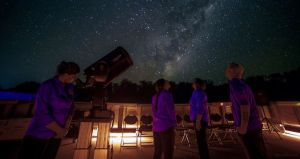 Take in the wonders of astronomy by day, or view the Milky Way free from city light pollution through a powerful Meade telescope at night, at the Charleville Cosmos Centre. Guides point out some of wonder of the universe, such as binary stars, star clusters and various planets, with the centre also giving you the opportunity to hold a meteorite, as well as explore the Space Tunnel or visit the Cosmos Theatre, among other things. 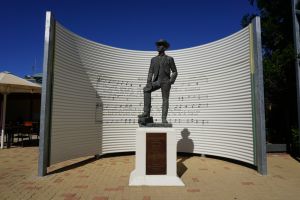 Not many songs can claim a museum dedicated to them, however the ballad of Waltzing Matilda is so entwined in the history and culture of Australia that it has become the unofficial national anthem. After a disastrous fire back in 2015, the Waltzing Matilda Centre has been painstakingly restored and is now a world class museum, gallery and exhibition space, hosting a wide variety of displays year-round. 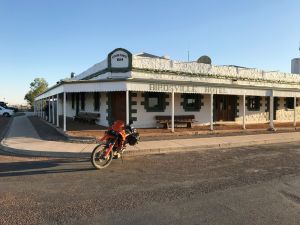 The iconic Birdsville Hotel is a must-see if you’re travelling to the farthest west reaches of Queensland. Home to the Birdsville Races, a horse race meet that lasts for a week and has become a pilgrimage destination for travellers across the country, Birdsville’s most well-known pub – the Birdsville Hotel – is a really great spot for a cold drink and a yarn with fellow trekkers. Another stop in the area is the ginormous red sand dune, affectionately dubbed Big Red, which signals the start of the Simpson Desert, and is host to the annual Big Red Bash festival.

Is it worth travelling outback Queensland?

Boasting wide roads, open skies and friendly people, outback Queensland has plenty to see and do. Whether you’re interested in Australia’s unique cultural and natural history, or you just want to experience some good old-fashioned country hospitality, a drive through the outback has something for everyone, although you may want to carve out a bit of time to see it all, the outback is a big place!

10 things you have to see between Cairns and Cape York