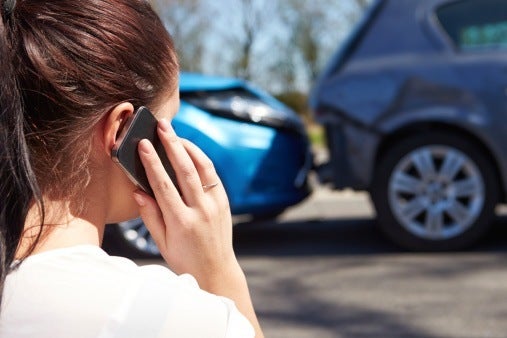 Car crashes are chaotic, stressful events – even if it’s only property that is ultimately damaged. If one happens to you it will come out of the blue, and there won’t be any time to prepare for it. So perhaps you should spare a few seconds now, and consider what you will do to maximise your chances of a positive outcome. John Cadogan from AutoExpert offers his tips.

Could these motoring innovations save your life?
If you are involved in a car crash, a burden of legal obligations immediately descends upon you – for example, the obligation to assist injured persons, the obligation to exchange particulars with others involved, the obligation (in some circumstances) to report to police, and the obligation to submit to a breath test, if requested. It’s also very important that you don’t put yourself – or anyone else – at risk, in the immediate aftermath.

Thinking clearly under pressure is essential.

After the event, however, there will be more to do. You might be charged with a traffic offence, or face other legal proceedings, and you will almost certainly have to deal with your insurer.

Compare car insurance here
In these post-crash dealings, the concept of who was actually at fault is very important – it determines who is charged, and it can affect your financial liability and future insurance dealings as well. Sometimes the at-fault party is straightforward (for example, if someone runs into you from the rear it’s generally them who is at fault). In other crashes, the at-fault driver can be harder to establish. If there are no witnesses and no independent evidence, it could well be your word against the other drivers, and you might find yourself in a dispute about which of you actually crashed the red light, or crossed over the centre line.

It’s very important to protect your own interests by gathering evidence – at the scene. One of the easiest ways to do this is with your smartphone. Photograph the scene from as many angles as possible – establish the locations of the vehicles relative to each other and in the context of the surrounding streetscape as well. (A video clip shot on a smartphone can also be useful.) Make sure you capture other salient features, such as kid marks, and get enough background in to show where these are.

If other motorists stop to assist, photograph their cars as well and, if possible, get a closeup shot of the number plates – this could be vital if you need to track down witnesses after the event.

Two in five drivers experience road rage
Digital images and video generally also includes date and time information in each file, which can help you establish independently when the accident occurred, and some files include GPS data, which helps establish the precise location.

If you’re concerned about the legality of photographing the crash scene, the people at it, or the cars, don’t be. Almost everything that happens in a public place is fair game for photography and video – and certainly the things you would typically photograph at a car crash, mentioned above, are not the kinds of things for which any permission to photograph is required.

When you exchange particulars with the other parties to the crash, it’s not a bad idea to photograph the driver’s licences – front and rear.

Securing the names, mobile telephone numbers and rego numbers of any witnesses to the crash is also very important. Of course, witnesses cannot be compelled by you to divulge their names and phone numbers, but at the very least you should note the makes, models and rego plates of the cars they are driving, for future reference and possible follow-up.

As soon as possible after the crash, you should also write down exactly what happened in your own words – you can make those notes on your smartphone and save them to the cloud, or do it the old-fashioned way, with a pen and paper. It’s essential to do this, however, because your so-called ‘contemporaneous’ notes have high evidentiary value – which is exactly why you will see police officers who attend the crash make similar notes on site, before moving on to the next job. Draw a diagram of the scene as well – note the street names, and positions of and damaged cars and/or property.

You might also consider purchasing a dash-cam – a windscreen-mounted video camera designed specifically for the purpose of recording the driving environment. The best dash cameras offer front- and rear-facing views and also include GPS data, which not only shows where the car is on the map, but also helps establish its speed when the crash occurred.

Real-time video captured in the moments before, and after a crash can be vital in establishing the at-fault party. It can be very useful to demonstrate that a traffic light was in fact green when you proceeded through the intersection (especially if another party alleges it was red), for showing an oncoming vehicle crossing the centre line, or merely demonstrating exactly how fast you were going – which can be very useful if an allegation is made that you were speeding.

John Cadogan is an Australian automotive journalist currently employed as editor in chief by Carloans.com.au. He frequently presents news for some of Australia’s top companies such as Channel 7’s Today Tonight and 2UE radio. John can be contacted via twitter or via the contact page here.