The rollout of electric vehicles is picking up pace across the globe as more and more drivers switch their fossil fuelled cars for new, electric-powered alternatives. Yet while many of us have heard all the hype surrounding electric cars, the uptake of these new vehicles in Australia has been largely underwhelming.

In this article, Canstar Blue takes a look at everything you could want to know about electric vehicles (EV), including how much electric cars cost and how much they could save you.

What are electric vehicles?

So we’re all on the same page here, when we refer to electric vehicles or ‘EVs’ for short, we are only talking about pure electric cars. Unlike hybrid or extended-range vehicles, electric cars don’t use any petroleum or diesel whatsoever. Instead, electric vehicles are powered by a lithium battery – the same type of batteries you put in your TV remote – just a lot bigger.

How much do electric cars cost? 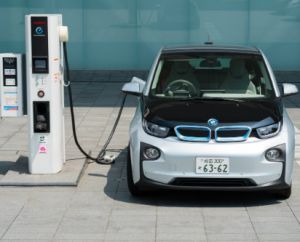 The price of electric cars in Australia currently sits between $27,000 and $112,000. Prices have come down considerably in recent years, with some small electric vehicles beginning to fall within a manageable price range. That said, you should still expect to pay a neat chunk of change for an electric vehicle with good range and performance.

Many suspect the price of electric vehicles will continue to fall in coming years, and will hopefully soon reach a competitive price with petroleum vehicles. Unfortunately however, many manufacturers have expressed disinterest in the Australian electric car market due to lack of infrastructure (i.e. charging stations) and public demand. This may slow the fall in electric vehicle prices.

The below table is a non-exhaustive list of commercially available electric vehicles in Australia, as well as the approximate purchase price. Keep in mind that this is a general indication only and you may pay more for additional features and newer models.

How much electric cars cost to buy

How much do electric cars cost to charge?

Most electric vehicles will cost around $5 to $25 each time to charge, depending on the size of your vehicle’s battery as well as the rate you pay for electricity. Electric cars with large batteries (such as Tesla vehicles) cost the most each time to charge, however they will need to recharge less frequently.

In the below table, Canstar Blue has collected battery and range specifications from a number of leading electric vehicle models and used this to calculate the vehicles recharge costs. For a fair comparison, we then solved the charging costs for every 100km of driving.

As you can see, most vehicles will cost around $5 in electricity for every 100km of driving. This is much cheaper than petroleum vehicles, which can cost upward of $15 for this same distance.

While our calculations suggest the Chevrolet Spark and Mitsubishi i-MiEV are the cheapest electric cars to drive, bear in mind these vehicles have the shortest range and will require regular recharging. It is essentially a trade-off between affordability and convenience.

A charging station for your home can cost as little as $100 for a basic wall socket, to as much as $2,500 for a fully featured dedicated charging outlet. Some electric vehicle companies may install a charging outlet for free as part of the service agreement.

What are the maintenance costs for electric vehicles?

How much money can an electric car save me?

Electricity is much cheaper than petroleum or diesel – that’s what makes electric vehicles such an attractive alternative. Of course, electric vehicles are often more expensive to purchase, so it’s not clear cut if it will save you money in the long term. In the below example, we compare two relatively standard, unspecified vehicles: One electric and one petroleum.

Bear in mind that this comparison did not factor in maintenance costs, electricity usage discounts or charger installation costs. Also remember that the more you drive, the more you stand to save with an electric vehicle.

How your electric car can save you even more

While it is mostly indisputable that electric vehicles are cheaper to run, there are plenty ways to help boost the savings of your electric car.

Should you buy an electric car?

Electric cars are affordable to drive and have a tiny carbon footprint. That said, they still have their drawbacks and won’t necessarily be the best choice for everyone just yet. It is not clear cut if an electric vehicle will save you money in the long term – it may do if you drive a lot or receive a good price on electricity, but many Australians might still struggle to recoup the additional purchase costs. That said of course, everyone’s position is different. Here is a summary of important points to consider before purchasing an electric car

What to consider before buying an electric car:

Are there plenty of charging stations in your area to use when you’re on the go? Do you have the time to charge your car while out? Charging stations can be a little tricky to find in some areas, and some are only designed for specific models – make sure you know the options in your local area.

Additionally, electric cars can take hours to charge (faster with a super charger station). It is handy to put your car on charge while you shop or catch a movie, but it can be inconvenient when you’re on the go.

Are you a rev-head? Do you have a work trailer? If so, electric cars probably aren’t quite your cup of tea just yet. Aside from a few exceptions, most electric vehicles perform much less efficiently when dealing driving at high speeds or carrying heavy loads.

If you live in an area where you are charged high usage rates (*cough* South Australia), then your electric car will cost more to run and it will be harder to justify the purchase price. If you have excess solar generation or a storage unit however, you can essentially power your car for free. That said, if the price of fuel in your area is also particularly high, an electric vehicle can save you more comparatively. As fuel prices continue to rise, electric vehicles become an increasingly viable alternative.

Your level of driving

It will take several years before the savings of your electricity vehicle pays for itself. But the more you drive, the faster you will save.

Electric vehicles are powered by lithium batteries which deteriorate over time. As the electric vehicle market grows and more second-hand models appear, be wary that its battery might not last as long as a new model.

Most electric vehicles come with a battery warranty of 8 to 10 years. The Tesla Model S for example has an 8 year warranty with unlimited mileage. Be sure to check the warranty period when comparing electric cars.