Buying a new car can be an exciting time, but with plenty of options on the market, it can quickly become a bit overwhelming. To help narrow down the search, the Federal Chamber of Automotive Industries releases a monthly report on the top-selling cars in Australia, showing which models are proving most popular on our roads. Check this page for regular updates on the best-selling cars, with September 2021 top-sellers listed below:

Get the right car at the lowest price

Georgie gets access to fleet deals and passes the savings to you. Our Georgie experts will find the perfect new car for you, negotiate a great deal, and deliver it to your door.

With a line-up that originally consisted of the Single Cab, Double Cab and Super Cab XL models, Ford expanded the range with the XL, XLS, XLT, WildTrak and Raptor models for motorists to choose from. Including features such as an 800mm wading depth, e-Locking Rear Differential and Hill Launch Assist, the latest Ford Ranger models may be enough to get you excited for an outback adventure.

Additional features SYNC3 integration, Smart Keyless Entry and a 4.2inch Multi-Function Display are included on most models, with each range available in both petrol and diesel engines. Selling under 4,200 models in September, Ford’s flagship ute is stilling proving to be quite a popular vehicle for Aussie motorists to get behind the wheel of.

Sliding back down to second spot, the Toyota Hilux has consistently been the vehicle to beat, showcasing its popularity with Aussie motorists over the past few years. The Toyota Hilux sold over 3,600 units in September, indicating that it’s still very much a leader in the Australian market.

Within the Hilux range, Aussie motorists have plenty to choose from, including the single-cab WorkMate, the four-door SR, as well as the off-road capable Rogue and Rugged X models, with petrol and diesel varieties additionally available. If you’re looking to customise your new car, you won’t be disappointed with the Hilux, with plenty of extras available to suit the drive to work or your next weekend adventure, with trays, canopies, bull bars and comfortable seating all available for purchase.

For those after something a bit smaller, the Toyota Corolla seems to be the go-to option for many, with under 3,500 units sold in September. Available in multiple model types – including a hatch, sedan and hybrid – Toyota Corolla options include the likes of the Ascent Sport, SX and ZR.

The latest models include seven airbags for increased safety, a 2.0L Dynamic Force direct injection petrol or 1.8L VVT-i hybrid engine – each available in both manual and auto transmission – with Active Cruise Control, Pre-Collision Safety and Lane Departure Alert available across the range. If you’re looking for something extra, additional features include wireless phone charging, an 8-speaker JBL audio system as well as heated front seats to help make the most of your time behind the wheel.

Selling under 3,400 units in September, the Toyota RAV4 is available in GX, GXL, Cruiser and Edge varieties, giving motorists plenty of choices to get behind the wheel of. Drivers can also choose from a 6speed manual or 6speed automatic for the majority of the RAV4 range, with the Edge coming equipped with an 8speed auto transmission, with 2WD or AWD options – including electric AWD – additionally available on most models.

One of Toyota’s more popular vehicles, the Prado sold over 2,100 units in September. Available in a number of models, including the GX, GXL, VX and Kakadu, each with 4WD and a 2.8L Turbo Diesel engine, providing plenty of grunt.

With five and seven-seat options available for families, the Prado includes Active Traction Control, Hill-start Assist and a 9inch touchscreen infotainment unit, with the Kakadu model equipped with Kinetic Dynamic Suspension System, Adaptive Variable Suspension and Multi-Terrain Select to make your journey (both on-road and off-road) comfortable. With bullbars, weathershields, and roof racks also available as additional extras, the Prado would be a useful addition in any lifestyle.

Consistently a popular option for those after a smaller car, the i30 offers multiple models for drivers to test out, making it an ideal option for those looking for a hatchback, sedan or even a fastback. Selling over 2,000 units in September, the i30 is helping to change the face of the Korean brand.

Available with petrol, diesel and turbo engines, the i30 range consists of the Active, Elite, N-Line, Fastback and N-Line Premium, with features such as LED daytime running lamps, wireless phone charging and Smart Sense safety functions available, with dual zone climate control on all models except the Active range. If you’re looking for something with a bit more grunt to it, the N-Line series may be the option for you, with an upgraded suspension system, active variable exhaust system and multiple driving modes all helping to make the drive more exciting.

Known for its range of commercial trucks, Japanese manufacturer Isuzu has offered the flagship D-Max model since 2002, with its range divided primarily into the SX and LS range. Selling over 1,800 units in September, Isuzu is proving to be a popular option for those looking for a new ute.

With Crew Cab, Space Cab and Single Cab varieties available, each model packs a 3.0L diesel engine under the hood, with a turbocharger upgrade also available on select models. Coming with a 6speed automatic or manual transmission, the D-Max also has a 3.5 tonne towing capacity on select models, along with leather interior and an infotainment unit for driver and passenger comfort.

Arguably one of the most popular sedans to grace Aussie roads, the Toyota Camry has been rolling off production lines since 1982, with the model currently in its 8th generation. Selling over 1,600 units in September, the Toyota Camry has proven to be a popular option for those looking for a traditional car-size.

Available in the Ascent, Ascent Sport, SX or SL models, the Toyota Camry features a 9inch touchscreen infotainment display unit on most models, along with a 9-speaker audio system, Head-up Display (on the SL model only) to help you keep your eyes on the road, as well as the full suite of Toyota Connected Services, allowing you to settle in comfortably, and safely, on those long road trips.

Adding plenty of competition to the SUV market, the Mitsubishi ASX sold under 1,500 units in September. Most models come equipped with 18inch alloy wheels, LED Daytime Running Lights, a panoramic glass roof with retractable sunshade and LED mood lighting, the ASX makes each drive an experience.

The ASX also comes equipped with the Smartphone Link Display Audio system, which is connected to an 8inch infotainment touch screen, capable of making and receiving phone calls, sorting out your music as well as a variety of other creature comforts. The interior also includes steering wheel controls in addition to adjustable seats to help pack away those weekend camping essentials, with heated seats also available on select models.

First produced in 2006, the Mazda BT-50 is the Japanese brand’s only utility model, and sold over 1,400 units in September. Now in its third generation, the BT-50 is available in a single cab, freestyle cab, dual cab, 4×2 and 4×4 models, giving you plenty of options to find the ideal fit for your lifestyle.

With features such as Apple CarPlay and Android Auto connectivity, Trailer Sway Control to keep your load stable when driving, along with Dynamic Stability Control to help you in control, the BT-50 also comes with a range of accessories to be purchased if you’re really looking to make it your own.

Which new car should I buy?

While seeing what other people have bought may be a good starting place if you’re in the market for a new car, buying a car will be unique to your situation, as well as your preferences. Those with a family may be more inclined to look at SUVs, whereas those after a bit of adventure would be best suited going after one of the many 4WDs on offer. On the other hand, the small car segment is also booming if you’re driving needs are a little more straight-forward and city-based, with utes proving to be a popular option for many motorists as well.

As with any big decision, it’s best to do your research before you step into a dealership, as factors such as fuel economy, safety, technology and extras may all sway your final decision, with each brand and car usually available in a variety of models. Comparing new cars may be time-consuming, but will have been worth it when you get behind the wheel of your dream car, knowing you got a good deal. 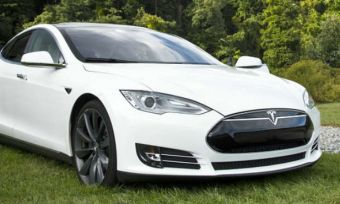 A Beginner’s Guide to Electric Cars