Looking to drive a hard bargain on a new set of wheels? Of course you are! But first, it’s important to know how much a new car really costs – and how much others before you have paid. Why? Because knowing ‘your price’ will not only help you narrow down your search on the car model you can afford without stretching your budget, but also give you the confidence and facts you need to drive away with a great deal.

What is the average price of a new car in Australia?

It’s worth remembering a new vehicle is a long-term investment. Our survey found Aussies typically hold onto their cars for about six years before upgrading or switching models. Overall, the average cost of a new car will depend on a number of factors, including (but not limited to):

What is the average new car cost by state?

This table shows the average new car cost across Australian states (excluding Northern Territory), based on a Canstar Blue survey of more than 2,300 new car owners.

Motorists in Tasmania and South Australia generally spend the least on new cars at just over $35,000, our research shows. On the other hand, Aussies in WA spend the most on average, to the tune of $57,766. So, why do prices vary so much by state? That’s because overall car prices depend on a variety of factors including stamp duty, transfer fees, Compulsory Third Party (CTP) insurance, registration fees (levied by states and territories) as well as dealer delivery fees, RRP pricing structure across manufacturers, and so on.

But it’s not all just about the actual cost of buying a car, it’s also about the personal preference – and budget – of those buying the new car. With average earnings varying across the states, you would expect the level of disposable income to also have an impact on how much people are willing to spend on a new set of wheels.

Tasmania is the cheapest place to buy a new car, with motorists spending on average $35,259 on a new whip. Regional and metropolitan drivers in Tassie also pay the same state taxes (registration fees, CTP insurance, etc.) regardless of their location. Tasmania also has one of the highest ongoing roadside assistance costs of $114 per year on average, according to the AAA.

The price of a new car in the Sunshine State is on average $37,733, according to our latest survey. In Queensland, drivers pay the same state levies no matter the location, which means drivers in Brisbane would pay the same CTP premiums and rego fees as motorists in Townsville for example.

Victorians spend on average $38,598 on new vehicles. In Victoria, registration and CTP costs are cheaper in regional areas than metropolitan areas. This means Melbourne drivers would typically pay more in CTP premiums, than those in Geelong for example. This adds to the bottom line of a new car purchase.

Aussies in New South Wales fork out on average $40,682 for a new car, according to our latest survey. City drivers in NSW typically pay less for registration as a result of the Toll Relief Scheme. This provides free vehicle registration for drivers who’ve spent $1,352 or more on tolls in the previous financial year (an average of $26 a week). This is linked to individual toll accounts such as Linkt, E-way or E-Toll.

Motorists in Western Australia spent the most on their new wheels, averaging a spend of $57,766. According to the AAA, regional drivers in WA pay the same state levies as city drivers, meaning that those in Perth and Bunbury, for example, would pay the same for CTP premiums and rego fees.

What is the average new car cost by brand?

This table displays the average new car cost by brand, based on a Canstar Blue survey of more than 2,300 new car owners. Keep in mind, these figures reflect the amount Aussie motorists reported paying for their new car, rather than the listed price.

Expectedly, a new whip from a premium car manufacturer such as Mercedes or BMW costs substantially more than a model from say Honda or Mazda. So, what’s the average price difference between the cheapest and most expensive car brands? Our survey found the difference between the cheapest car brand – Suzuki − and the most expensive – Mercedes – is upwards of $60,000! That’s a big chunk of change. 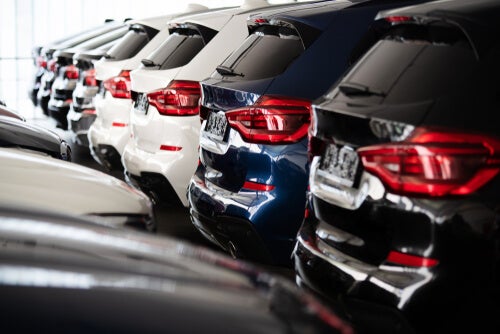 What is the average new car cost by car type?

This table shows average new car costs by model type, based on a Canstar Blue survey of more than 2,300 new car owners.

As well as being easier to drive, park and generally more fuel-efficient, small cars are also the cheapest to buy upfront, followed by sedans and SUVs. Sports cars, 4WDs and utility trucks are more expensive to purchase, due to their larger size and any off-road capabilities, but also because they tend to pack more features and machinery than small cars.

Our latest survey found that nearly 40% of Aussies who bought a new car in the last three years opted for an SUV, while 23% picked up a small car and 20% a sedan.

What is the average new car cost by fuel type?

This table displays the average new car cost by fuel type, based on a Canstar Blue survey of more than 2,300 new car owners.

Our latest survey indicates electric cars are now on average slightly cheaper to buy than petrol or diesel cars, although only about 3% of Australians bought a new electric car over the last three years, according to our results. The average price difference between an electric and diesel model is in the ballpark of $10,000, so sparking up a change in fuel types could save you big bucks. Not only that, but electric and hybrid vehicles also reduce air and noise pollution, and are cheaper to run and own, mainly because:

What is the average new car cost by household income?

This table shows the average new car cost by household income, based on a Canstar Blue survey of more than 2,300 new car owners.

What is the average new car cost by age group?

This table displays the average new car cost by age group, based on a Canstar Blue survey of more than 2,300 new car owners.

Older age brackets, including those 50 and over, spent the least on a new car, all spending under $40,000. In comparison, those aged between 30 and 39 were spending the most, forking out $43,778 on a new car purchase. 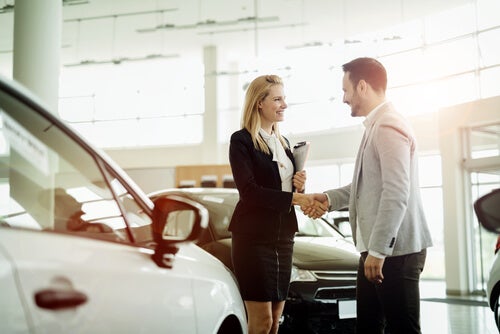 What is a good price to pay for a car?

The general rule is that you shouldn’t spend more than 50% (maximum) of your annual income on a new whip. How much you’re willing to pay for a new car will be influenced by financial and lifestyle factors such as your household income, how many dependents you have, where you live in Australia, if you’ll use your car for personal or commercial use and so on.

How much does it cost to run a car?

The purchase price of a new car is only about half of the equation. Don’t forget there are also running and maintenance costs you’ll need to fork out to keep the wheels spinning. Here are the main ones to consider:

What is car depreciation?

Cars are depreciating assets, unlike houses or shares which tend to go up in value overtime. Car depreciation refers to the decrease in value of your car overtime. It’s simply the difference in worth between when you buy it and the point at which you want to sell it. Depending on the make and model, a new car can lose anywhere between 10% – 15% of its value when you drive out of the dealership and then a further 5% – 10% every year you own it. This is an important factor to consider when buying a new car.