If you’ve just come out of a lengthy phone contract, or you’re just looking for a better BYO phone deal, a SIM only plan may be a great way to save some money and get access to a plan that packs a punch. Optus provides a selection of postpaid month-to-month plans, as well as the option to build your own plan with customised data and international extras. If you’re looking for a new mobile plan, but don’t want a new smartphone, an Optus SIM only deal could be the right choice for you.

A SIM only plan means you bring your own phone, rather than buying a new device on a payment plan or contract. Your telco will provide you with a SIM card, that will connect you to their network, and you’re even free to keep your existing phone number – simply pop the new SIM into your phone, follow your provider’s activation instructions, and you’re good to go.

This makes it possible to use an older device with a new plan, or even buy a new phone outright and network unlocked, which could work out cheaper in the long run.  Prepaid phone plans are typically offered on a SIM only basis, but in this article we’ll focus on postpaid plans (i.e. plans where you are billed at the end of each month). Read on to see what Optus has to offer when it comes to SIM-only plans, and how the provider’s SIM only range compares to other telcos. 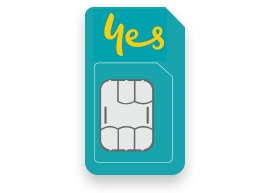 Optus’s Choice range of postpaid SIM-only plans include four standard plan options. All plans include unlimited standard talk and text in Australia, plus a limited monthly full-speed gigabyte allowance, and Medium, Large, and Extra Large plans also include unlimited standard calls and text from Australia to 35 selected destinations. These four plans also include free access to Optus Sport and Fitness.

All of Optus’ postpaid plans also come with unlimited data, speed-capped at 1.5Mbps, if you surpass your monthly data limit. This fast enough for general web browsing, emails, and even social media and music streaming, although isn’t suitable for high-definition video or heavy downloads.

Optus’ postpaid plans also include access to the telco’s new 5G network where available, as well as 3G and 4G Plus network coverage. If you’ve got a 5G-ready device, Optus may be worth considering if you live in a major metro area or city, and want the option of 5G speeds no matter your plan tier.

The below table includes Optus postpaid plans as published on Canstar Blue’s database, listed in order of cost from lowest to highest. Use our comparison tool to see a wider range of plans from other providers. These are products with links to referral partners.

SIM-only postpaid plans from other telcos

While Optus’ postpaid SIM-only plans offer great data inclusions and extras, there are plenty of other telcos fighting it out for your business. So, how much data can you get for your money?

The table below shows a selection of postpaid plans from Canstar Blue’s database with a minimum of 10GB data, listed in order of advertised cost, lowest cost first, then by data allowance. Use our comparison tool to see a wider range of plans from other providers. These are products with links to referral partners.

Is an Optus SIM Only plan worth the money?

Optus has a handful of SIM only plans to satisfy most budgets and needs. However, the question is, can you find a better deal elsewhere? While the answer may be yes, especially if you’re after a super-cheap plan, it’s not always so simple.

Optus often includes bonuses such as data-free Optus Sport, which could be enough extra value to make the price worth it, and the recent addition of unlimited extra data (albeit it, limited to speeds of 1.5Mbps) makes the telco a good option for customers wanting to avoid excess usage fees. The inclusion of unlimited standard international talk and text on selected plans, as well as 5G network access, also make Optus worth considering if you’re after a comprehensive plan that’s 5G-ready.

An Optus SIM only plan may be worth considering if:

Overall, Optus has a series of fairly competitive plans in the SIM only space – but if you’re after the most data for your money, and want to minimise your monthly spend, several other providers are also worth a look.

Optus SIM Only plans – a summary