Show Important Notes^* Hide Important Notes^*
* Overall satisfaction is an individual rating and not a combined total of all ratings. By default, brands with equal overall satisfaction ratings are sorted by the mean overall satisfaction score as rated by consumers. You can click the arrows at the top of any column in the table to sort by the results in that column.
^ By clicking on a brand or ‘details’ button, you will leave Canstar Blue and be taken to our referral partner to compare. You agree that Canstar Blue’s terms and conditions apply to this referral. If you click on a brand that our referral partner does not cover, you will be taken to a brand page on Canstar Blue.
Canstar Blue research finalised in June 2019, published in July 2019. 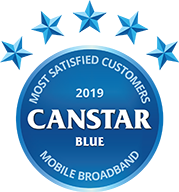 ALDI Mobile has proved a surprise winner of our mobile broadband ratings in 2019. Leading the way from Optus, Telstra and Vodafone, ALDI scored five stars across all research categories, including value for money and speed & coverage.

Gone are the days of dialup and measly data allowances that cost an arm and a leg – nowadays, even mobile broadband plans come with good amounts of data relatively cheaply. Mobile data is the ultimate for flexibility and browsing on the move, so get the lowdown on which providers offer the best bang for your buck with Canstar Blue’s 2019 mobile broadband review and ratings.

This year, we’ve surveyed more than 600 mobile broadband customers to provide some guidance. While everyone wants a bargain, it should be noted that the cheapest plans may not necessarily mean the best value. That’s something to keep in mind when we mention smaller service providers later. Our ratings have put Australia’s big three telcos to the test in Vodafone, Optus and Telstra, while highlighting the surprise in the pack, ALDI Mobile. The idea is to give you as much information as possible about the compared providers, and more, to help you make an informed decision about which mobile broadband plan to go with. Brands must have received a minimum of 30 survey responses to be included in this review. So, what did we find? 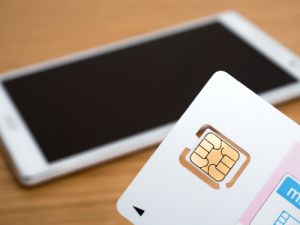 The following table shows a selection of comparable published mobile broadband plans on Canstar Blue’s database, listed in order of cost, from the lowest to highest and then by data allowance, largest to smallest. This is a selection of products with links to referral partners.

Operating on the Telstra 3G and 4G networks, ALDI Mobile offers a range of data-only SIM packs that are ideal for on-the-go tablet and device use. Data packs begin at $95 for 24GB of data with a 365-day expiry.

ALDI Mobile received an outstanding score of five stars overall in our 2019 ratings, with an additional five-star review for every other category.

Vodafone’s range of plans may be confusing for some customers, but the telco achieved an overall satisfaction rating of four stars in our review, as well as four stars for almost all other categories.

Optus offers both SIM-only and wireless modem broadband plans, with prices beginning at only $15 per month for 5GB of data on a 24-month SIM plan. Month-to-month SIM options are also available, but you will pay around $10 per month more for the same amount of data.

Optus scored four stars for value for money, bill clarity, and ease of setup, with an overall satisfaction rating of three stars.

Telstra’s mobile broadband range includes both BYO and device-on-a-plan options, with four main plans available. Prices start at $15 per month for 5GB, up to $75 for 100GB of monthly data.

Telstra came in fourth in our 2019 ratings, scoring three stars overall and a four-star result for speed and coverage.

While our ratings cover four major mobile broadband providers, there are many more out there just as capable of offering you a good deal. Here is a quick guide to some of them.

Amaysim is another Optus network reseller and has five dead-simple mobile broadband plans to choose from, with the choice of either a prepaid or postpaid plan.

Plans start at $15 for 2GB data, and all are SIM-only by default. Data is counted by the kilobyte and expiry periods last for 28 days, not a month. At the upper end of the scale, Amaysim offers 150GB data for $90 a month, which is one of the more competitive deals out there.

Plans start at $15 with 7GB of data per month and go up to $110 per month with 250GB of data. Data is charged in 1MB increments and if you go over your included data amount, you’ll be charged for excess data usage.

Plans start at $49.95 for 50GB of data, and each option features a 30-day expiry. All OVO ‘Boom’ plans are BYO modem, although you can purchase one from OVO at sign-up. All plans are contract-free and month-to-month.

Another reseller offering mobile broadband on the Optus 4G Plus network, Yomojo’s plans are available at 2GB, 7GB, 15GB, 50GB or 100GB tiers, with prices beginning at $14.90.

All plans are contract-free and offered on a 30-day basis. You’ll need to bring your own device, and plans will automatically renew every 30 days. Excess data is available to add at a rate of $11 per gigabyte.

Exetel offers a wide range of mobile broadband products, on both month-to-month and 12-month plans. Customers willing to sign up for a full year will receive better plan value, with the entry-level $19.99 option including 5GB of data each month contract-free, and 8GB on a 12-month plan.

Price tiers go up to the $79.99 plan, which includes either 70GB per month (on a no lock-in plan), or 90GB per month (on a one-year deal). All plans are powered by Optus’ 4G Plus and 3G networks, and customers can either buy a compatible USB modem from Exetel, or bring their own.

If you’re after unlimited data mobile broadband – and let’s face it, who isn’t – then there is a burgeoning market for it. It’s called ‘home wireless’ and can theoretically replace your home internet. In most cases, you set up your 4G modem and use it like normal internet – no wires, no installation, and setup can take less than five minutes.

Home wireless differs from mobile broadband in that it comes packaged with a router, and is intended for use as a replacement for a fixed line connection. It’s worth considering if you’re renting or have no fixed address, or if you’re unable to access an ADSL or NBN connection.

Major players on the home wireless scene include Optus, Exetel, and SpinTel, and plans usually come with a 4G WiFi modem. Most 24-month contracts will include a pre-configured modem, but those on month-to-month plans may need to pay an upfront fee.

Prices usually begin at around $40 per month for 250GB of data, but selected Optus customers can access unlimited 5G home broadband for $70. However, this is only available to a small number of subscribers in 5G-enabled areas, and then only by invitation from Optus.

If you’re interested in home wireless broadband, you can find more information in our guide.

Smaller service providers tend to operate with lower overheads and can therefore deliver more data often at a cheaper price. However, in terms of ‘extra stuff’, such as data-free streaming, they may lack behind. It’s important to consult Critical Information Summaries here to see what you’re getting.

4G theoretical speeds can exceed 100Mbps, which is fast enough to stream TV shows and sports. However, in real-world scenarios, mobile broadband speeds typically only reach around 30Mbps to 50Mbps, and even slower in congested areas or times.

4G is still reasonably quick for internet on the go, but 5G will be a gamechanger. There are some factors that can affect your mobile broadband speeds, however.

How much does mobile broadband cost?

Australians are spending an average of just over $68 per month on mobile broadband, which is a fairly large amount considering average spending on fixed-line internet connections is between $73 and $77 per month, our research shows. Though, for most, a mobile broadband plan would simply compliment an existing fixed-line connection for when you’re out and about, rather than replacing it. At least, at this stage.

No matter what type of broadband plan you need, it’s important to do your research to find a data limit that’s appropriate and at a price you’re happy to pay. Although they may not necessarily make or break a plan, consider other bonuses such as data-free streaming and other perks. Happy browsing!

Canstar Blue surveyed 9,000 Australian adults across a range of categories to measure and track customer satisfaction, via ISO 26362 accredited research panels managed by Qualtrics. The outcomes reported are the results from customers within the survey group who have a mobile broadband plan in their name and they pay the bills – in this case, 692 people.

Brands must have received at least 30 responses to be included. Results are comparative and it should be noted that brands receiving three stars have still achieved a satisfaction measure of at least six out of 10. Not all brands available in the market have been compared in this survey. The ratings table is first sorted by star ratings and then by mean overalls satisfaction. A rated brand may receive a ‘N/A’ (Not Applicable) rating if it does not receive the minimum number of responses for that criteria. 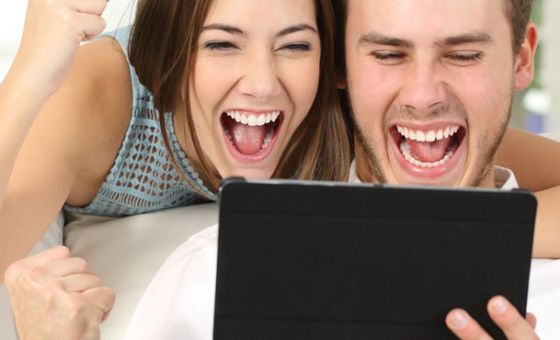 Review the most bingeworthy Netflix shows in Australia, including Mindhunter, Fargo, Mad Men, The Confession Tapes and more at Canstar Blue. 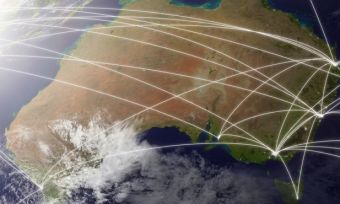 Tired of the NBN? Review and compare alternative internet providers using their own network, such as Life Wireless, Spirit & Lightning with Canstar Blue.

Netflix & Foxtel are two of the biggest players in the entertainment subscription market, but they are very different. Which one is right for you?