Did you know there is more to the mobile phone plan world than just the ‘Big Three’ – Telstra, Vodafone and Optus? There are, in fact, more than 30 mobile virtual network operators (MVNOs) that piggyback off these three networks. The end result is that you have a lot more choice and the ability to bag a bargain if you shop around.

As the largest network in Australia, it’s little wonder a lot of MVNOs want to get on board the Telstra train. The telco giant has the most expansive network in the country and given its great reception in many rural areas, it’s a claim that seems to hold true. Despite some high-profile outages in recent times, Telstra serves several million Aussie customers. However, there are several third-party providers which also utilise Telstra’s network services to provide their own mobile phone plans – and in many cases, provide similar or superior value. Most are SIM-only and operate online, but offer convenience and great prices.

If you’ve been thinking of switching services, but love the Telstra coverage, then you may want to consider other providers that use the Telstra network. Read on for our list of providers using Telstra’s nationwide networks, or jump straight into our SIM-only comparison tool below to find a great deal.

While Telstra might not be the cheapest telco on the market, you can still pick up a cheap phone plan from many of the MVNOs using the Telstra network. However Telstra often makes up for the price with a range of bonuses and extras generally not available through other telcos.

Postpaid plans on the Telstra network

The table below shows a selection of postpaid plans from Canstar Blue’s database for $50 or under, listed in order of standard advertised monthly cost, lowest cost first, then by data allowance. Use our comparison tool to see a wider range of plans from other providers. These are products which may contain links to referral partners.

Prepaid plans on the Telstra network

The table below shows a selection of comparable prepaid plans from Canstar Blue’s database, listed in order of standard advertised monthly cost, lowest cost first, then by data allowance. Use our comparison tool to see a wider range of plans from other providers. These are products which may contain links to referral partners.

There are a handful of operators on the Telstra network, with both prepaid and postpaid bases covered. If you’re having trouble deciphering whether prepaid or postpaid is the way to go, then this article may help. Here are 10 MVNOs that use the Telstra network:

A prepaid service provider that, historically, has marketed to a younger demographic, Boost Mobile has ‘matured’ a little since the early 2000s, growing into a great-value telco across the board. It ceased using the Optus network in 2013, and jumped ship to Telstra. Currently, Boost is the only MVNO to make full use of the Telstra network – others only use parts of it.

Boost Mobile offers a range of prepaid plans running across different expiry periods, with the main offerings running on 28-day expiry periods. Boost packs a lot of value into the plans with generous data and all plans include unlimited international calls and SMS to select countries, plus data-free streaming of Apple Music. All in all, you get get some fantastic value for money and all with full access to the Telstra network. The below table includes all of Boost’s 28-day plans with sponsored links.

Woolworths Mobile also offers prepaid plans, with some similarities to the postpaid options. You can also get postpaid Flexi Mobile plans in conjunction with a new phone, which are also similar to these postpaid plans but in conjunction with handset repayments. Plans bundled with a phone are available on 24 or 36-month payment periods and you can choose from a selection of Samsung or OPPO devices.

A small service provider that offers both SIM-only and handset phone plans, TeleChoice differs from its competitors in a number of ways. Unlike most MVNOs, TeleChoice maintains brick-and-mortar stores nationwide and offers its postpaid plans on various plan periods, including month-to-month plans, 12 month and 24-month plans. Another way TeleChoice stands out is its Prepay plans, not to be confused with prepaid plans. Essentially you prepay the minimum monthly charge upfront for several months access to your ‘postpaid’ plan —either seven or 13 months of service— and if you go over your inclusions, you pay the excess on a post-paid basis.

TeleChoice offers four different postpaid plans across all of the plan periods, with prices for the month-to-month plans starting at $18 up to $48 per month. If you sign up to a 12 or 24-month plan, you can expect a lower monthly fee and you can save even more on the prepay plans. If you’re looking at a new handset, TeleChoice will give you four different plan and phone bundle choices. The below table features the 12-month plans, which includes sponsored links.

The big plus for Belong users is access to unlimited data banking. This means that any unused gigabytes will roll over and can be stashed away for future use and you can even gift your data to other Belong mobile users. All Belong plans are offered on a monthly basis, with no lock-in contracts. The below table includes Belong’s three postpaid plans and includes sponsored links.

Pennytel has had an interesting history, having relaunched on the Telstra network in early 2018 after the telco liquidated back in 2013. This small telco keeps things simple with four postpaid plans available, all of which come with unlimited calls and SMS. Plans begin at $10.99 per month for 1GB of data, up to $29.99 for 20GB.

Pennytel prides itself on comprehensive customer service, with service hours on Monday to Friday from 8am to midnight, and from 9am to 9pm on weekends. All Pennytel plans are SIM-only and contract-free, with both 4G and 3G Telstra coverage. The below table includes all five plans and sponsored links.

ALDI Mobile offers a range of prepaid phone plans, including pay-as-you-go options and a family pack, however the five ‘Value Packs’ are the main offerings and aimed at the average phone user. All of the Value Packs include include unlimited standard national calls and SMS.

Starting at $15 for the S pack with 3GB of data and going up to the Jumbo pack at $55 for 60GB of data. Most of these packs also include unlimited standard calls and SMS to 15 select countries. ALDI Mobile does have some competitive rates with good included value. The below table includes the five Value Pack plans.

Lycamobile’s prepaid plans are all contract-free, and are ideal for anyone looking for great international calling inclusions: selected plans include unlimited calls to up to 54 countries. Even if you don’t have family or friends overseas, Lycamobile’s plans all feature unlimited standard national talk and text and generous data.

Perhaps more known for its NBN plans, Tangerine Telecom offers a straightforward selection of eight postpaid SIM-only plans. All plans are available as month-to-month plans and include unlimited standard national calls and SMS. Data inclusions start at 1GB and go up to 40GB so there are choices for a range of data users.

You can add on an international call pack for an additional $5 per month, which gives you 120 minutes for calls to 64 countries. International roaming packs can also be added on but this is an additional daily charge.

If you’re thinking of getting a new phone plan, Think Mobile is an interesting proposition. It’s based on the Gold Coast in Queensland, and is yet another dual-carrier postpaid MVNO (the other network used being Vodafone), with plans on the Telstra network starting at $15 per month, but not including data.

Think’s ‘Classic’ Telstra network plans all offer 4G coverage, but the data amounts aren’t huge; the maximum included data is 2GB on the $35 plan. Think Mobile’s Vodafone network plans are a little more competitive, so if you’re not set on a network, you may prefer the ‘Ultimate’ Think Mobile plan options.

This list wouldn’t be complete without Telstra itself. The telco giant has a pretty big selection of prepaid plans with expiry periods starting at 7 days and going up to 365 days. Most customers will opt for the Pre-Paid Max deals, which start at $10 per recharge over a 7-day expiry for unlimited talk and text, plus a rollover data bank of up to 200GB. Plans also include unlimited standard international calls to 20 countries.

Prepaid Telstra plans also include some of the perks you’ll find on postpaid options. Customers will enjoy unlimited live streaming of AFL, netball, A-League and NRL games, plus data-free Apple Music. Plans also come with free and unlimited Telstra Air data, which lets you use WiFi instead of data across a wide range of locations in Australia.

Telstra offers four main SIM-only plans, all of which are available on month-to-month contracts. These start at $50 per month for 15GB of high-speed data, and all four options include unlimited lower-speed data (capped at 1.5Mbps).

Telstra may seem expensive, but it is of course the only provider here to offer unbridled access to its own network – others only receive parts of it, or in Boost’s case, do not receive the full 4GX LTE speed range. Telstra also sweetens the deal with things like NRL & AFL game passes and data-free music streaming, so there is extra value that could make these plans more appealing to you.

Which Telstra network provider should I choose?

Choosing one in this large range of providers can be confusing. In the end, it’s all based on what your call, text and data needs are. With more than 60 plans to choose from, chances are there’s a plan on the Telstra network out there for you. Telstra may be Australia’s dominant telco provider, but it is by no means the only option if you’re after a great-value plan on the Telstra network.

Plans and providers on the Telstra network – a summary

Below is a quick glance at some of the plans we’ve mentioned above. 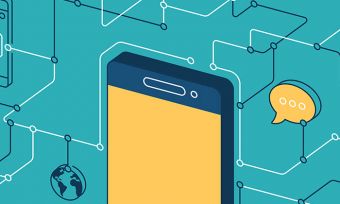 What are the best phone plans on the Optus network?

Which is better value: Postpaid or Prepaid?