iiNet is one of the premier NBN providers in Australia and has a suite of competitive plans to suit many. Even since being acquired by TPG, iiNet seems to have lost none of the qualities that customers loved beforehand – and now it’s part of the second largest telco in Australia. Find out what iiNet has to offer in the NBN space and how it stacks up against other providers.

iiNet’s NBN plans are available as month-to-month plans with the option to add on a modem or BYO modem. You’re also able to add on call packs and entertainment options if you wish.

The below table features a selection of published iiNet NBN plans from Canstar Blue’s database, listed in order of cost from lowest to highest. Use our comparison tool to see plans from a wider range of providers. These are products with links to a referral partner.

What does iiNet offer?

iiNet NBN speeds: at a glance

While all iiNet’s fixed line speed tiers offer unlimited data, customers can also opt for capped gigabytes on Basic (NBN 12) plans, with 500GB of data priced at $59.99 per month. However, as unlimited data is just $69.99 monthly, some customers might prefer to pay the extra $10, and avoid paying overage fees once the included 500GB has been exceeded.

Speeds correct as of January 2022

Fixed wireless plans feature similar value to their fixed line counterparts, but speeds max out at NBN 25. Both NBN 25 plans feature local and national calls as standard, while the slower plans have pay as you go (PAYG) rates. International call packs can be added for $10 a month, while month-to-month contracts incur an $80-odd activation fee.

Those living in rural locations aren’t left out, with iiNet providing a decent selection of SkyMuster satellite plans. Speeds are listed as NBN 25, although speeds vary from 5Mbps to 25Mbps, with actual speeds experienced may vary due to a range of factors. Data caps are generally split between peak/off peak times (with peak hours being 7am-1am). Prices begin at $44.99 per month for 150GB (30GB peak + 120GB off peak) of data, and go up to $64.99 with 250GB data (60GB peak + 190GB off peak).

iiNet’s services don’t stop at internet – the telco also gives customers the opportunity to bundle in Fetch TV with all broadband plans. 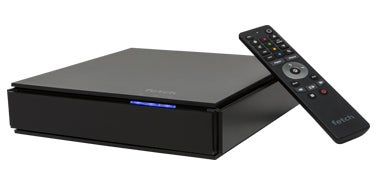 You can add on your Fetch package to your plan for an additional $5 per month (for the basic plan) although plans with speeds at NBN 50 and higher, can take up the optional offer to pay $0 per month for the basic Fetch package when staying connected for 24 months. You’ll need to pay a $59.99 setup fee, but Fetch does give you easy access to streaming services such as Netflix , Stan, and YouTube, and catch-up and free-to-air television.

Fetch users can add channel packs to their account from an extra $6 per month, including ‘Kids’, ‘Vibe’, ‘Variety’, or ‘Knowledge’. You can also bundle all four for $20 monthly.

How does iiNet NBN compare to other providers?

iiNet typically stacks up pretty well against the bigger providers such as Telstra, Optus and others, but other smaller guys may beat it to the punch on price. Other providers worth keeping an eye out for include:

Should I sign up to an iiNet NBN plan?

iiNet remains an excellent choice for home internet. Its large range of plans and supported internet technologies means that wherever you are and whatever your budget, iiNet likely has a plan for you at a competitive price – often beating out the big guys like Telstra and Optus.

However, if you are after the cheap NBN plans, you might find those cheaper prices elsewhere. While iiNet plans are generally not all that expensive, there are other providers out there undercutting the big guys by quite a margin. Smaller providers frequently beat out iiNet in terms of price, but iiNet’s generally reliable service and wide-ranging network find the provider often ranking quite well in our Canstar Blue Customer Satisfaction ratings for NBN providers.

Overall, iiNet is not among the cheapest NBN providers, but it remains a leader across fixed line, fixed wireless and SkyMuster NBN plans. The next time you’re comparing NBN plans, iiNet is worth a look into.