Dodo is a longstanding internet service provider (ISP) that’s become a popular choice for many Australians. Although the company previously offered a large range of NBN options, it’s recently streamlined its service to NBN 25, NBN 50 and NBN 100 (to select customers). So what exactly does Dodo offer, and how does it compare to other NBN providers?

All three speed plans are available with unlimited data, all you have to do is choose which speed you want and which contract you’d prefer. As NBN 100 is only available to certain areas, you will need to check this on the Dodo site before signing up — NBN 100 is not available with a fixed wireless connection. Both 12-month and month-to-month options have pros and cons:

An unlimited call pack to local/national/mobile numbers costs an extra $10 a month and international packs can be added from $15 a month, which includes 2000 minutes to 25 countries and only calls to Australian landline numbers. If you want calls to Australian mobile numbers as well as international calls, it will cost an extra $20 per month. As it stands, Dodo provides strong incentive to stick around for a while. Still, some may place value in flexibility and cough up the extra cash for a month-to-month plan.

What does Dodo offer?

Dodo NBN speeds: at a glance

How does Dodo NBN compare to other providers? 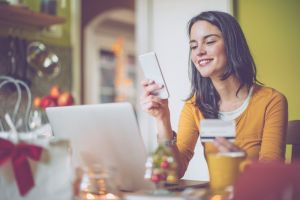 Dodo is perceived as a reasonably cheap provider, and while its entry prices are quite cheap, its unlimited plans are about on-par with other providers. With prices starting at about $70 a month for unlimited data, Dodo competes well with big providers such as iiNet, TPG, Telstra and Optus, but some other smaller providers may provide cheaper plans. Here’s how Dodo stacks up to the big guys, but you may want to keep reading and see how it stacks up to smaller providers below:

Dodo’s Supercharged plans boast the NBN 50 tier – the second-fastest NBN speed tier available to most Australians. NBN Co has lowered its CVC charges for Tier 3 of the NBN, which means that providers can pass those savings onto you. What this also means is that Dodo must be on its toes to offer competitive rates.

The following table shows a selection of published unlimited Standard Plus Evening Speed (NBN 50) plans on Canstar Blue’s database, listed in order of their monthly cost, from the lowest to highest, and then by alphabetical order of provider. Use our comparison tool above to see plans from a range of other providers. This is a selection of products with links to a referral partner.

Is a Dodo NBN plan worth taking a look at?

Dodo is well-known as an internet provider with competitive plans and a straightforward approach. But the question remains – can you find a better deal elsewhere? Though Dodo is known as a cut-price deal maker, there are other providers giving it a run for its money.

Dodo provides strong incentive to sign up for a year, but at what cost? While there is $0 set-up with the 12 month contract plan, being locked in for one year is a serious commitment. While Dodo is certainly not an expensive provider, its set-up fees and other associated costs with its no contract options may make the first month of the plan a bit pricey upfront. Dodo is worth considering for NBN, but shop around and you might be surprised by what you can find!