Using our Customer Satisfaction Ratings, it’s never been easier to find childrens’ clothes that both parents and kids love. 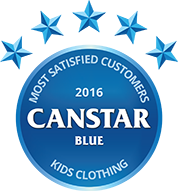 Bonds has been rated 5-stars in overall satisfaction, receiving our inaugural award for Most Satisfied Customers – Kids’ Clothing 2016.
Bonds have a reputation for quality and it appears its range of kids and baby clothing is no exception with 5-stars across most criteria.

Shopping for childrens’ clothes can be a lot of fun, but it can also be quite tricky – Of course we want what’s best for our children, but most of us are reluctant to break the bank on clothes that our kids will out-grow in a matter of months.

According to Canstar Blue research, 41% of parents say they buy their children new clothes every month. This cost can quickly add up, and with 42% of parents claiming they usually shop at the same store each time – how can you be sure you’re getting the best deal? New parents have enough to think about as it is, so Canstar Blue is here to lend a hand. We asked Aussie mums and dads with children younger than 6 years old to rate major childrens’ clothes store brands across several key criteria. The results are in, and we can announce that Bonds has been rated 5-stars in overall satisfaction, receiving our inaugural award for Most Satisfied Customers – Kids’ Clothing 2016.

Bonds have a reputation for quality and it appears its range of kids and baby clothing is no exception with 5-stars across most criteria.

An honourable mention also goes to Kmart, which was the only brand to rate 5-stars in value for money.

How much do parents spend on kids clothes?

Young kids are constantly growing, so parents will often find themselves frequently buying new clothes just to keep up. Canstar Blue research revealed that the average Australian parent spends $74.39 each month on kids’ clothes. Interestingly, our male respondents claimed to be spending $85.90 on average per month, considerably more than females who said they spend $68.65 a month – that’s a difference of over $200 per year!

This might be attributed to another finding of Canstar Blue which revealed 32% of dads claim they tend to purchase expensive childrens’ clothing, compared to 22% of mums. Ego might be a possible cause for this, with more male respondents admitting they’d be embarrassed if their children wore cheap clothes (35% men compared to 24% women).

We asked mums and dads what they look for in a kids clothing store and found the greatest drivers of satisfaction to be:

As you can see, while our research showed quality is regarded as the most important criteria, value for money, range and durability were not far behind. This means if a kids’ clothing store really wants to ‘Wow’, it has to perform on all fronts.

Canstar Blue commissioned Colmar Brunton to survey 3,000 Australian consumers across a range of categories to measure and track customer satisfaction. The outcomes reported are the results from customers within the survey group who have purchased childrens’ clothes in the last 12 months – in this case, 1,192 people. 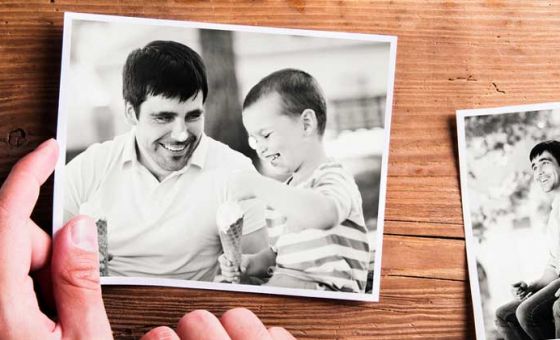 The pros and cons of digital photo storage

It’s easy to keep all our memories stored digitally, until something goes wrong. Canstar Blue explores the risks of digital photo storage. 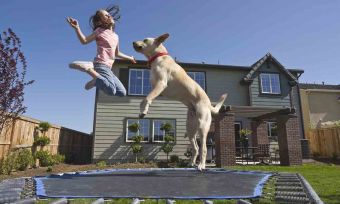 Jump for joy: A guide to trampolines

A trampoline offers hours of fun (and burns off lots of energy). But which trampoline gives the best bounce for your buck? Find out more at Canstar Blue. 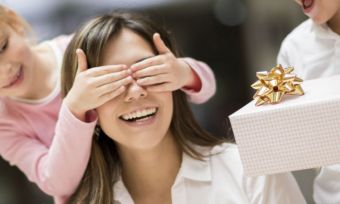 Melinda Uys with her thoughts on the ultimate Mother’s Day gift ideas – and they’re not as difficult as you might think. 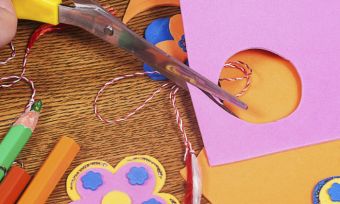 Melinda Uys offers some helpful advice for parents who don’t like getting their hands dirty. 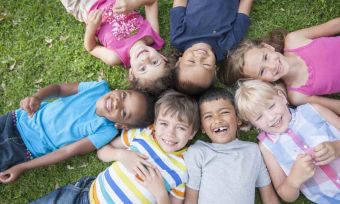 How to get your children to love reading

Kenny Wong offers some guidance on how to encourage your child to read, with you and independently.