Telstra offers a wide selection of prepaid phone plans and recharges, catering to most usage types. Whether you’re big into data, or simply looking for a short-term phone plan, Telstra prepaid provides an option for almost everyone. 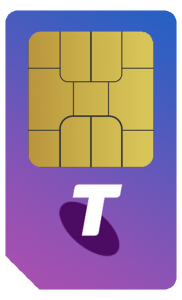 Telstra offers two different categories of prepaid phone plans: Telstra Prepaid Max and Long Life. Prepaid Max plans are the standard prepaid plans that most customers will be drawn to, featuring unlimited standard national calls and SMS, generous data inclusions, and access to the Telstra Air Network and data-free music and sports streaming. However, depending on your needs, you may prefer the long-expiry Long Life options, which are the more traditional pay-as-you-go prepaid plans.

Of the two types of Telstra prepaid options, the telco’s Prepaid Max plans are the closest to a standard postpaid phone plan. You’ll get unlimited calls & texts, plenty of data, and even international extras. Telstra has really focused on ensuring that these plans offer similar value as what you’d expect on a postpaid plan, which means you’ll have access to international call inclusions as well as data-free Apple Music and sports streaming.

All Prepaid Max plans include unlimited standard international calls to 20 countries including:

Telstra also offers data bonuses on a certain number of recharges from time to time, so its worth keeping an eye out at sign-up. Telstra Prepaid Max plans also include the Data Bank feature, so you’ll be able to store up to 200GB of unused data for future use. The only catch is that you’ll need to recharge before your expiry period to maintain your Bank, or to roll over unused gigabytes.

If you are interested in Telstra’s Prepaid Max plans, there are six options to choose from. These plans run across 7, 28, 35 or 42-day expiry periods, along with a 6-month and 12-month option. If you’re unsure which of these plans will work for you, consider how often you’ll want your recharges to be, in addition to which plan will best suit your budget. After all, a $10 plan seems cheap, but only runs on a seven-day cycle; this may be better suited to travellers than someone looking to be on a Telstra prepaid plan long-term.

If you have a spare phone, or you’re an infrequent phone user looking for an occasional/emergency-use-only plan, these long-life recharges could be your perfect prepaid match. Telstra’s long-expiry plans last from 45 days up to a full year, and credit is deducted on a pay-per-use basis, with rates below:

Data prices are high, so this definitely isn’t an option for if you use a lot of data, especially video streaming; however, you do get unlimited Telstra Air WiFi use in Australia, plus Fon WiFi hotspot use worldwide. Another plus? You’re also able to roll over any unused credit to your following recharge, provided you top-up your plan before the expiry date. You’ll also have access to data-free Apple Music and sports streaming.

How do Telstra prepaid plans compare to other providers?

Telstra has ramped up efforts to better compete with a range of low-cost Mobile Virtual Network Operators (MVNOs) that provide a lot of value included at a cheap price.  So to see how the big-name telco actually stacks up, we’ve compiled a small sample of plans.

If you want plenty of data, plus unlimited calls and SMS, the below prepaid plans may be for you. The table below lists a selection of prepaid plans from Canstar Blue’s database, listed in order of advertised cost, lowest cost first, then by data allowance. Use our comparison tool to see a wide range of plans from other providers. This table includes products with links to referral partners.

Telstra gives customers the option to bundle their prepaid plan with a mobile phone, usually with an upfront cost. The devices available will change from time to time, some of the phones currently available are:

Telstra offers a number of Alcatel, Samsung and Telstra-branded smartphones to use with its prepaid plans, as well as Apple’s iPhone 6 and iPhone 6s. Usually these phones are not part of the plan, but by purchasing one outright through Telstra in conjunction with a plan, you may get a discount, so it’s worth comparing the prices.

Of course it’s important to remember that these devices are usually locked to Telstra — this means that you’ll need to request for your device to be unlocked, plus pay any fees for unlocking, so you can use phone with a plan on a different network.

Is Telstra Prepaid right for me?

Telstra has a wide variety of prepaid plans to choose from, tailored for a wide variety of needs. Whether you’re a regular phone user who requires unlimited calls, unlimited texts and plenty of data, or if you’re a light user looking for a low-maintenance plan, Telstra likely has you covered.

Telstra has ramped up its plans to better reflect the competitive prepaid market, but there may be some MVNOs that offer more data for less. The Telstra network is unrivalled in Australia, but for the vast majority of people, it’s probably worth keeping your eyes peeled and regularly comparing plans. However, Telstra does offer a lot of extras which does make it stand out from its cheaper competitors. Not only will you have access to the Telstra Air WiFi network, but you’ll also have access to data-free music and sports streaming, just like on a postpaid plan, and as a Telstra customer, you’ll be able to earn points with your recharges as part of your Telstra Plus rewards. 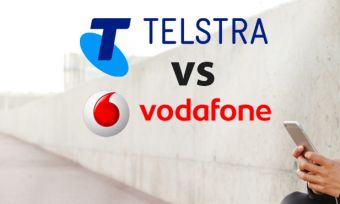 Telstra vs Vodafone: Which telco has the best phone plans?