Aussie parents are spending an increasing amount on prams, with many determined to outdo their family and friends. A recent Canstar Blue survey found that two in five parents (40%) believe it’s important to buy a quality pram, while 11% of respondents also admitted to envying parents who own a better pram or stroller than they do.

“Mums and dads often like to show off their new babies, and for some, it’s about showing off the things they buy for them too,” said Head of Canstar Blue, Megan Doyle.

“All parents want to do a great job, and some will want everyone to know they’re doing a great job. It seems some mums and dads see buying an expensive pram and spending lots of money on their child as a way of proving how good a parent they are.”

Aussie parents are spending an average of $486 on prams, according to Canstar Blue’s latest parenting survey. The research also found that about one in 10 mums and dads (12%) wished they’d spent more on a better quality pram, with brand name an important factor for many mums and dads (16%).

“However, it’s not all about pram envy and giving the impression that you’re a great mum or dad. There will obviously be those who buy the high-end prams simply because they think they’re the best quality, and have all the features they want. But it does seem that, for many, brand plays an important part in choosing a pram,” said Mrs Doyle.

Meanwhile, a fraction of respondents to our survey purchased the cheapest pram they could find (10%), while a fifth purchased one that was on sale or part of a deal (22%). 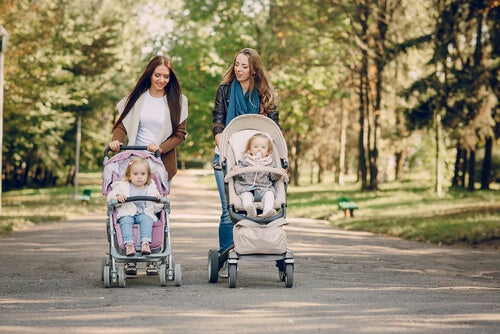 This table shows the average amount spent on new prams across Australian states, based on a Canstar Blue survey of more than 1,200 parents.

Parents in SA and WA spend the least on prams, while Victorians and those in NSW spend the most − upwards of $500. Price differences between states can be attributed to various factors including:

This table shows the average pram cost in Australia by model type, based on a Canstar Blue survey of more than 1,200 parents.

Stollers are cheaper to buy than prams as they tend to be smaller, more lightweight, and simpler in design. Strollers are better suited to toddlers and therefore don’t come with as many features as prams designed for newborn babies. 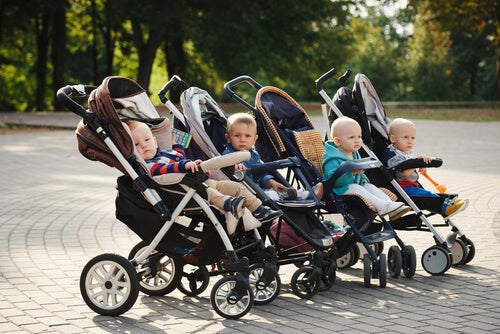 This table shows the average pram cost in Australia by brand, based on a Canstar Blue survey of more than 1,200 parents.

Unsurprisingly, prams from department stores like Kmart and Target are cheaper to buy – with the average cost sitting at under $200 − although the lower price point means you’ll skip out on extra features and design elements. Big-name brands will always cost considerably more, but it’s a trade-off worth making if you’re looking for a pram that comes with all the bells and whistles. Here are some must-have features to look out for:

This table displays the average pram cost in Australia by household income, based on a Canstar Blue survey of more than 1,200 parents.

Naturally, high-income households fork out extra for a pram – almost $200 more than low-income earners. With that said, more expensive isn’t always synonymous with better quality, and likewise, cheaper doesn’t always equate to good value. It’s important to look at the features, design elements, and functions of a pram relative to the price and what’s available in the market.

Parents who took part in the research rated the brand of pram they own across a range of criteria, including handling & steering, flexibility, ease of folding, and value for money. Check out how brands scored by clicking the button below.

How to choose the safest sunglasses

Cloth nappies: Are they number 1 or number 2?