Coles customers are the latest to vent their frustration as stores across the country remove single-use plastic shopping bags.

Following in the footsteps of Woolworths, which implemented the ban in all Australian stores last week, consumers will have to supply their own bags when they do their grocery shopping at Coles, or fork out a minimum of 15c for a reusable bag.

Woolworths has had to backtrack on its ban to some extent following significant customer backlash. The backflip will see free reusable plastic bags handed out to Woolworths shoppers until July 8.

Coles will be hoping to avoid a similar situation, with 15c reusable ‘Better Bags’ available at checkouts for customers who forget to pack their own, in addition to other more expensive bag options.

Coles will also have ‘REDcycle’ bins in store which will allow customers to bring in a variety of plastics, including old bags, to recycle. Coles ‘Better Bags’ are also stated to be recyclable.

In addition, extra staff will be on hand for an entire week, with additional checkouts open between 9am and 9pm in New South Wales and Victoria, and from 9am to 7pm in Queensland and Western Australia.

A Coles spokesman touted the ban as “the right thing to do for our environment”.

A recent Canstar Blue survey found that about one in five shoppers are opposed to the plastic bag ban.

Along with banning plastic bags, a federal parliamentary committee report has recommended banning single-use plastics, including cups, straws and balloons by 2023.

Committee chair, Peter Whish-Wilson, said the report had support from across parliament to tackle a crisis in the recycling industry.

Meanwhile, as Coles joins rival Woolworths, Big W and long-time free bag-banners ALDI in their efforts to minimise plastic waste, two of Australia’s biggest retailers – Kmart and Target – have both refused to adopt the plastic bag ban in some states.

Woolworths, and its liquor brand BWS, binned the bags on June 20. IGA and the Woolworths-owned department store Big W followed suit on July 1.

But discount department store chains Kmart and Target, both owned by Coles’ parent company, Wesfarmers, will instead keep single-use bags in stores across NSW and Victoria.

The reason the two chains can stick with plastic is because legislation differs widely state by state. Bans have come into force in Queensland and Western Australia, with retailers facing fines every time they hand over one of the bags.

But there is currently no legal imperative to remove single-use plastic bags in Victoria until the end of the year, while NSW seems to be in no hurry to consider a government-enforced bag ban.

The stores told news.com.au that not binning bags immediately was an environmental benefit as the single-use plastic bags removed in Queensland and WA would be sent to stores in Victoria and NSW, sparing them from landfill.

A Wesfarmers Department Stores spokesman said Kmart and Target would axe the bags “by 2019”.

“(Kmart and Target Australia) are committed to helping reduce the number of single-use plastic bags that end up in landfill each year,” he added. 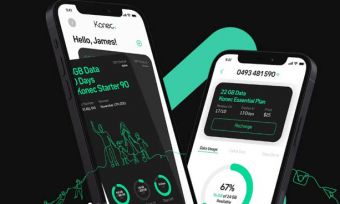