It’s mostly likely you know VPNs as ‘that thing kids are using to watch American Netflix’, or something that you had to get installed to allow you to work from home. Regardless of how you’ve heard of it, VPNs sound like they’re a lot of work to install and use, let alone understand. Thankfully that’s not the case, with many VPNs available for you to use – most of which are completely legal – allowing you to protect your online privacy and access files remotely. But should you be using a VPN? Let’s explore what VPNs are, how they work, and why they can be a handy tool for any internet user.

What is a VPN?

A VPN (Virtual Private Network) provides secure access to a private network which can protect your personal information and data. Just like a firewall protects your data on your computer, a VPN protects your data online. Depending on the VPN used, it can encrypt your data, trick a website into thinking you’re in a different location, and allow you to access internal files (such as an intranet or work files) remotely.

You don’t need to be working with high level data for this to be useful. For example, using public or unsecured Wi-Fi to check your emails or use your banking app can be risky without protection. Your passwords, bank details, and other private information can be stolen by someone who knows what they’re doing. A VPN can stop this.

How do VPNs work? 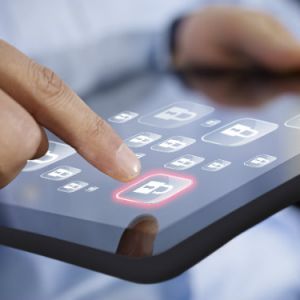 When you normally access a web site, your computer and the server hosting the website directly exchange data in order for you to access the page. A VPN works as a kind of checkpoint between you and the website you’re accessing. Instead of your device directly exchanging data with the website’s server, your web traffic is diverted through the VPN where data is encrypted, repackaged, and otherwise changed to provide your security and location needs.

The VPN is hosted on a different server, which could be anywhere in the world depending on what geoblocks (location-based internet blocking) you want to get around. This allows you to access the internet as if you were at the location of the VPN server, rather than the location of your device.

The end result is that the VPN protects anything you send out or receive so that others can’t intercept your own web traffic to lift out information about where you are, what data you’re sending or receiving, or any passwords or other sensitive information you enter. What the VPN can do to protect you varies by service however, meaning you won’t be able to expect the same protection across every VPN.

Looking for a new NBN provider or plan to bolster your new VPN? Check out some of the providers and plans available in the table below. The table contains affiliate links.

What can you do with a VPN?

The main drawback to using a VPN is that it does tend to slow down your internet speed. As your web traffic has to go through more steps to send and receive data, it can take a little bit longer to load a page or send an email, for example, with the length of the lag depending on the quality of your VPN service. Occasionally, a VPN can even increase your download speeds, when it uses a very high-bandwidth server. If internet speed is important to you, it may be worth paying for a higher-quality VPN service.

How do you use a VPN?

Using your VPN is pretty easy. Most VPN providers give you an app or program to download onto your computer, phone or tablet. All you have to do then is log in and wait for your VPN to connect. While this is only a simple explanation for a somewhat complicated process, this is the general idea of how VPNs work. There are a few different types of VPNs and other security protocols that work in different ways, meaning if you’re after something specific, it’s best to do a bit more research before settling on one.

Understanding what is and isn’t illegal online can be really difficult, particularly when the law is ambiguous or just hasn’t caught up to the realities of the modern digital age. Before we go on, we want to stress that this isn’t legal advice. There are actually two questions to ask: Firstly, are VPNs themselves legal? Secondly, where VPNs are legal, when is it legal to use one?

In Australia, it’s perfectly legal to use a VPN. Businesses, universities and governments use them all the time. In fact, it’s currently legal to use a VPN to access region-locked content. That means if YouTube tells you that a video isn’t available in your country, you can just use a VPN based in, say, the US, to be able to watch it.

However, using a VPN to get around region blocks can put you in breach of a website or service’s user agreement, such as when users are required to be residents of the country of purchase. VPNs are just like torrenting – while both are strongly associated with illegal downloading, they’re both legal tools under the right circumstances. If you’re still not sure, look into what your preferred VPN states in the fine print.

How much do VPNs cost?

You can create and host your own VPN, but this requires a certain degree of tech ‘savviness’, meaning it’s much easier to have a third-party provider handle it. Your workplace or university may already have their own VPN that you can use, especially if they use Google to host their email server. Otherwise it would be a bit of a pain to go on business or study trips to China, where Google is blocked! If you don’t already have access to a VPN, or need a different one for personal use, there are plenty of options out there.

It can be tempting to go the free route, however, you’ll get what you pay for. Free services may have fewer features and lower quality servers, but if you only have simple needs that may be perfectly fine. Some of the paid VPN providers offer a free trial, which can be a good way to try before you buy. Below is an indicative price range including some major VPN service providers. Inclusion of these particular services does not constitute an endorsement. Prices are shown as the per-month cost for different length plans, and may need price conversion to Australia dollars.

How do I choose a VPN?

There are a lot of different VPN providers, making it hard to choose which is best. But while most will claim to do mostly the same thing, it’s still best to shop around and read reputable reviews (as well as regular user reviews) to get a good idea of which is most likely to give you the best service. Here are a few matters to consider when looking for a VPN:

This is only a basic introduction to VPNs, and there’s plenty to know about them. It’s important to read the features and terms of a VPN services carefully – you want to make the best possible choice, for your security and for reliability. Once your security’s already been compromised or you’ve arrived in your heavily censored travel destination, it’s a lot harder to fix. And there’s nothing worse than not being able to post to Instagram during your holiday in China!