Note: Woolworths Mobile no longer has stock of the Samsung Galaxy A31.

Good news if you’re keen on picking up the latest budget smartphone from Samsung — the Samsung Galaxy A31 is now available on a phone plan from Woolworths Mobile.

Samsung recently announced the addition of two new budget smartphones to its Galaxy A series — the A31 and the A71 5G. Both devices add to the manufacturer’s growing list of quality cheap smartphones, cementing Samsung as a great choice for both premium and budget phones.

Woolworths Mobile primarily offers Samsung and OPPO phones, with a focus on both premium and budget-friendly devices from these manufacturers. The addition of the Galaxy A31 to the Woolies smartphone lineup is great news if you’re in the market for a new phone but don’t want to spend over $1,000.

If you’re looking for a quality smartphone for under $500, the A31 might be just the ticket. With a $499 upfront price tag, you’ll enjoy a 6.4 inch Super AMOLED display, epic quad rear-camera setup and 128GB of storage.

While the rear multi-camera setup was once reserved for premium devices, Samsung is making this a much more standard feature with many of its low to mid-range smartphones. With the Galaxy A31, you’ll have a 48-megapixel main camera, 8-megapixel ultra-wide camera, 5-megapixel depth camera (great for portrait photography) and a 5-megapixel macro camera. As for the front-facing camera, it’s an impressive 20-megapixel camera with a Live Focus feature, set in an on-screen camera notch in the top centre.

As for the other features, you’ll get a huge 5,000mAh battery with 15W fast-charging, on-screen fingerprint authentication and you’ll not only get a slot for expandable microSD storage (up to 512GB), but the A31 is also a dual-SIM device.

Rather than paying upfront for the Galaxy A31, you can pick it up on a plan from Woolworths Mobile over a 24 or 36-month payment period, bundled with a postpaid phone plan. While a 36-month plan will be a cheaper monthly cost, you will pay the same for your device overall as on the 24-month plan. Here is what you can expect to pay for the device on a plan, excluding phone plan costs.

Monthly phone payments for the 128GB Samsung Galaxy A31:

Once you’ve chosen the length of your phone repayments, you’ll be able to bundle your new device with a postpaid plan. While these plans are technically month-to-month, cancelling altogether will require you to pay off the remainder of your handset.

The following table shows all published Woolworths Mobile SIM-only postpaid plans from Canstar Blue’s database, listed in order of advertised standard cost, lowest to highest. Use our comparison tool to see a wider range of plans from other providers. These are products with links to referral partners. 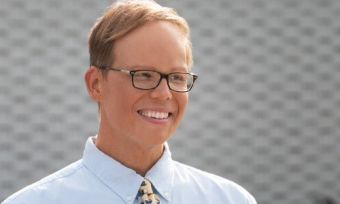