The biennial football tournament is back, with the Africa Cup of Nations (AFCON) kicking off after a delayed start. Featuring some of the football world’s greatest stars such as Mohamed Salah, Sadio Mane, and Edouard Mendy, the competition will be fierce, but how can you watch it? Find out with Canstar Blue.

How to watch the Africa Cup of Nations 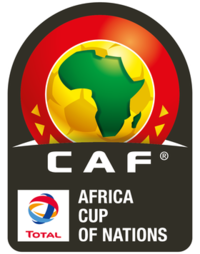 Fortunately for Australian fans, the formerly difficult-to-watch Africa Cup of Nations can be found beIN SPORTS and Foxtel.

beIN SPORTS offers both live and on-demand coverage of the Africa Cup of Nations tournament, in addition to highlights, news and analysis for those keen on getting the finer details.

When does the Africa Cup of Nations take place?

The 2021 Africa Cup of Nations will begin on January 10, 2022 and conclude February 7, 2022, the day on which the Grand Final take place. Due to the restraints of COVID, the 2021 tournament had to be moved into the early months of 2022. For all intents and purposes it is still known as the 2021 edition of the competition.

Which teams are competing in the Africa Cup of Nations?

There are 24 nations that take part in the Africa Cup of Nations, from the possible 54 countries on the continent. The partaking countries are as follows:

Where is the Africa Cup of Nations being played?

The 2021 Africa Cup of Nations is being hosted by Cameroon, with all matches being played in various Cameroon cities, including Douala, Yaounde, Garoua, Bafoussam and Limbe.

How does the Africa Cup of Nations work?

There are three match-days in the Group Stages, meaning each team will play three other teams. Once this stage is complete, the best 16 teams in the competition will move into the next stage. This stage is sudden death, meaning the winners progress to the Quarter Finals. From here, the Semi-Finals will decide the two countries to make it to the final match.

Who have been the most successful teams in the Africa Cup of Nations?

Egypt has won the Grand Final seven times, making it the most successful team in the tournament’s history. Cameroon has won the tournament five teams, followed by Ghana with four wins, and Nigeria with three. Algeria is the current champion, however they will look to fend off a prosperous Moroccan outfit, as well as the ever-present Senegalese threat.

After a bit more football? Check out Kayo’s coverage of local and international leagues. Love streaming? Click ‘go to site’ for more details.