Apple’s annual iPhone event happened overnight, where it announced the iPhone 13, the 13 Mini, the 13 Pro and the 13 Pro Max. As usual, the iPhones weren’t the only devices showcased at the event, with a new iPad, iPad Mini and the new Apple Watch sharing some of the spotlight. Apple Fitness+ also got some attention.

We’ll be running through all of the extra announcements of the event in the article below.

The new iPad and iPad Mini

The iPad and the iPad Mini are getting new and improved releases this year, featuring some incremental changes but ultimately nothing too show-stopping.

The new iPad is the 9th time the tablet has been released, sporting a faster A13 bionic chip that should provide a 20% increase in speeds for both the GPU and the CPU, along with faster machine learning and a 10.2-inch screen. The 12MP camera on the front has also been improved with a feature called Centre Stage, which should increase the quality of video calls and selfies by following users as they move around, zooming in and out smoothly.

Base storage has also increased, going to 64GB (was 32GB on last year’s model), although 256GB is also available. The new iPad is available for pre-order today in Silver or Space Grey, with prices starting at $499, and going up from there depending on whatever extra features you add (such as cellular connectivity, an Apple Pencil and a Smart Keyboard). It will release on September 24.

It should come as no surprise that the iPad Mini will feature a faster processor, the A15 Bionic Chip, delivering an 80% graphics performance increase, and a 40% increase in CPU performance, according to Apple. The iPad Mini will also be getting Centre Stage support.

The iPad Mini’s charging port has also changed to a USB-C instead of a lightning port, allowing for faster charges. Apple’s True Tone balance has also been put in the iPad Mini, allowing the display to be brighter. Aesthetically, the new iPad Mini looks like a large iPhone 12, supporting Apple’s recent shift to a more muted, rounded style.

The 6th generation iPad Mini is available in Space Grey, Pink, Purple and Starlight finishes, with prices starting at $749 for the 64GB model (256GB is also available). Prices go up depending on extras and storage capacity. You can pre-order the new iPad Mini today, and get it on September 24. 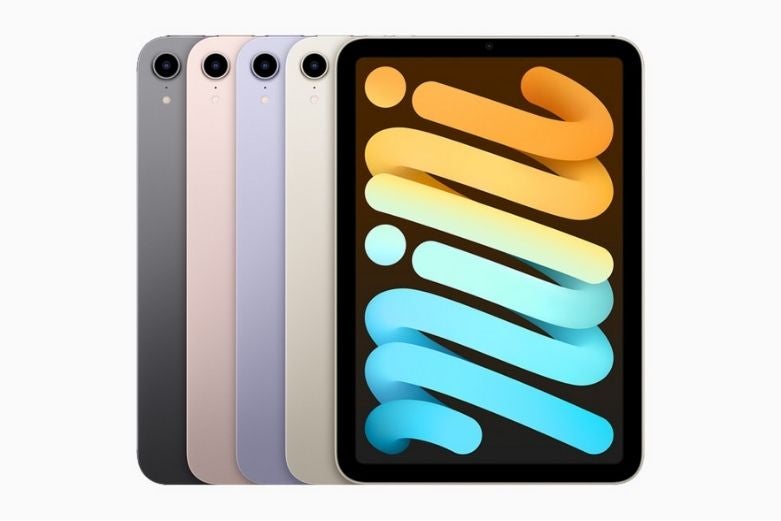 The Apple Watch Series 7 comes in two new sizes (41mm and 45mm, instead of 40mm and 44mm like on previous devices) and a bigger, always-on display with slimmer bezels. The Series 7 is IP6X dust resistant and WR50 water-resistant, meaning it can withstand some harsh conditions, but nothing too over-the-top.

The new Apple Watch features the all-new S7 chip inside, which will make for faster speeds. Charging speed has also been improved, with eight hours of use now achievable from eight minutes of charging (the Series 7 watch features 18 hours of battery life, like the Series 6 before it). A QWERTY keyboard can now also be used for texting on the screen of the Apple Watch, although you’ll still want to do most of your texting from your phone, given the larger screen.

The Apple Watch Series 7 is available in Green, Blue, Red, Starlight and Midnight. In Australia, prices are yet to be announced, but US prices will start at $399 ($545 in Australia). A release date is yet to be confirmed, so we’ll have to wait and see. You can use previous generations of Apple Watch bands with the Series 7 watch, so no need to upgrade your band. 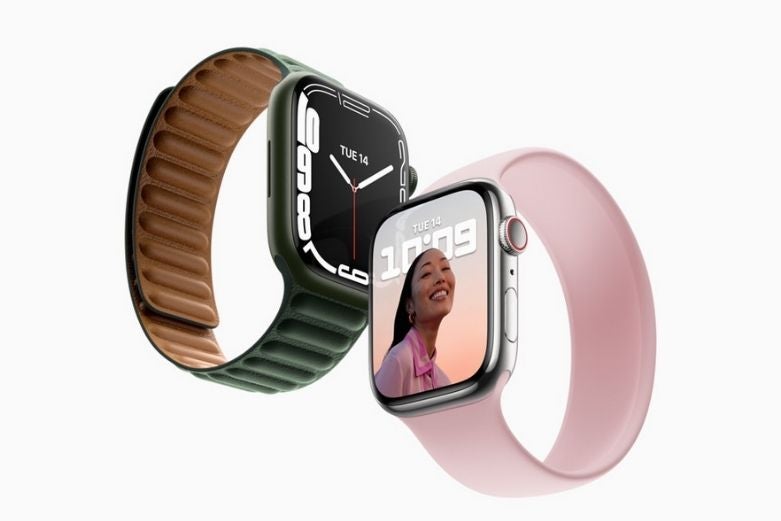 Apple Fitness+ got some love at the Apple event last night, with the service now available in 21 countries, and now featuring group workout features – which is a godsend if you’re currently locked down at home.  In Australia, Apple Fitness+ is priced at $14.99 per month in Australia (or $119.99 for a year), and has been available since December last year.

This subscription can be shared between up to six family members, with a free three-month trial available to those who purchase an Apple Watch Series 3 or later. Current Apple Watch owners will get a month of Apple Fitness+ for free.

On top of its already impressive library of workouts (featuring Core, Cycling, Dance and more kinds of personal training), Apple Fitness+ will get guided meditations, group workouts for up to 32 people, and Pilates. The new workouts will be available in audio or video formats, so you won’t need a TV. The new features will be available on September 27. 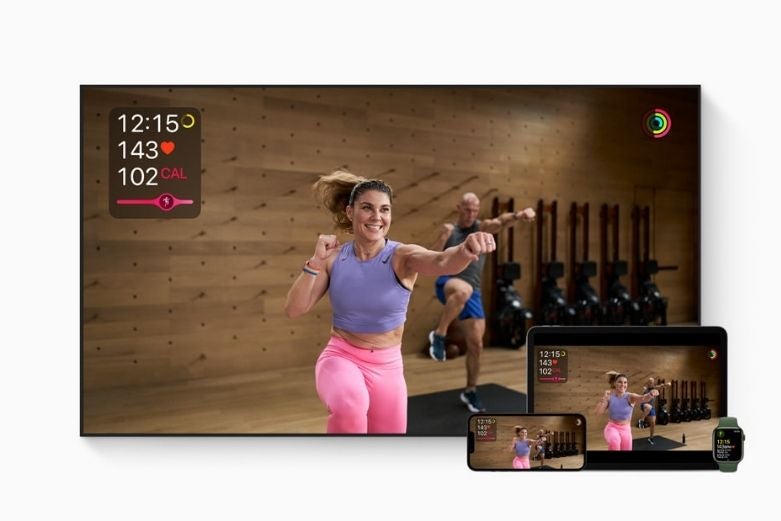 Apple’s devices heavily cater towards having a capable mobile plan, be it a data-heavy plan for hot-spotting or web browsing, or a 5G-capable phone plan for iPhone 12 and iPhone 13 owners. If you’re interested in any of Apple’s devices, consider picking up a new postpaid or prepaid phone plan. You can find a wide selection of plans in the table below.