Developed to reduce battery waste and help close the loop on plastic waste, Samsung’s Solar Cell Remote reshapes how we think about remotes. The brand’s Solar Cell Remote can be charged with solar energy, using sunlight as well as indoor lights, representing a remarkable breakthrough in sustainability and convenience.

Samsung’s Solar Cell Remote has received Canstar Blue’s Innovation Excellence Award (Home Entertainment) for 2022. This award recognises smart innovations in home appliances and consumer electronics and is awarded based on Canstar Blue’s sophisticated rating methodology under which winners are scored on a range of factors, including whether the product is unique and how disruptive it is to its product category. Other factors considered are affordability, ease of use, and impact on the average consumer.

What is the Samsung Solar Cell Remote? 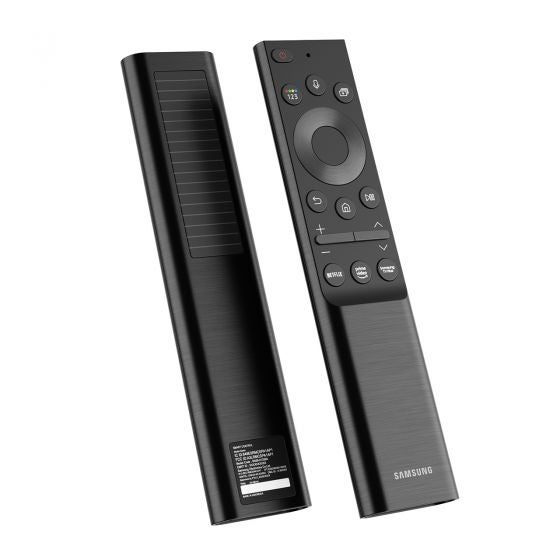 The Samsung Solar Cell Remote is a solar-powered television remote control that completely removes the need for disposable alkaline, manganese, and carbon-zinc batteries, making it an innovative contribution to the sustainable electronics market.

A solar cell located on the back of the remote absorbs light to charge the battery. The remote works by taking in photons from the light, which react with the electrons in the solar cells to create electricity. It can also be charged with a USB-C cable.

The Samsung Solar Cell Remote is available to use with Samsung 4K and 8K Neo QLED and MicroLED TVs. It’s available for purchase from major electronics retailers for $99 RRP, with no ongoing costs.

What we like about the Samsung Solar Cell Remote

Samsung evaluated consumer behaviour including TV watching patterns and the average usage time of a remote to make the Solar Cell Remote the most energy-efficient remote in the market to date. The brand promises it uses up to 83% less power than a standard remote. Samsung’s Solar Cell was assessed as highly innovative and was deemed to have a significant ‘wow’ factor by the judges.

If the remote is lost in the couch cushions and hasn’t received its dose of UV, it can be charged via a USB plug, ensuring users will never be without control of their TV. This four-pronged charging approach is positively weighted towards sustainability, with an eye on practicality, promising a longer lifespan in the market. It can be easy to lose sight of consumer accessibility in the reach for sustainability, which is why it’s exciting to see that Samsung has made its Solar Cell Remote so easy to use.

A small remote with a big environmental impact

Samsung has chosen a specific environmental concern in battery waste and developed a solution that not only eliminates the need for excess landfill but that is also highly useful to consumers. Based on industry forecasting, the Samsung Solar Cell Remote is projected to eliminate the disposal of 99 million AA batteries over seven years of usage which is the approximate lifespan of a TV.

This solar technology removes the need for disposable batteries and is a huge improvement on wireless charging which, even as it doesn’t use batteries, still uses electricity and produces emissions. The Samsung Solar Cell Remote is said to use up to 83% less power than a standard remote and is made from 28% recycled plastic, furthering the brand’s commitment to sustainability. The Samsung Solar Cell Remote presents a highly efficient and practical solution to the battery and e-waste problem.

“A positive step towards driving sustainability in home entertainment.” 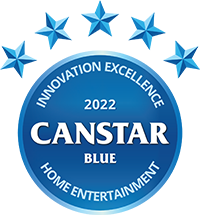